We’re almost certain now that Apple will announce a new 4K/UHD/HDR Apple TV with HDR, perhaps on September 12th. How will it work with your current TV system? 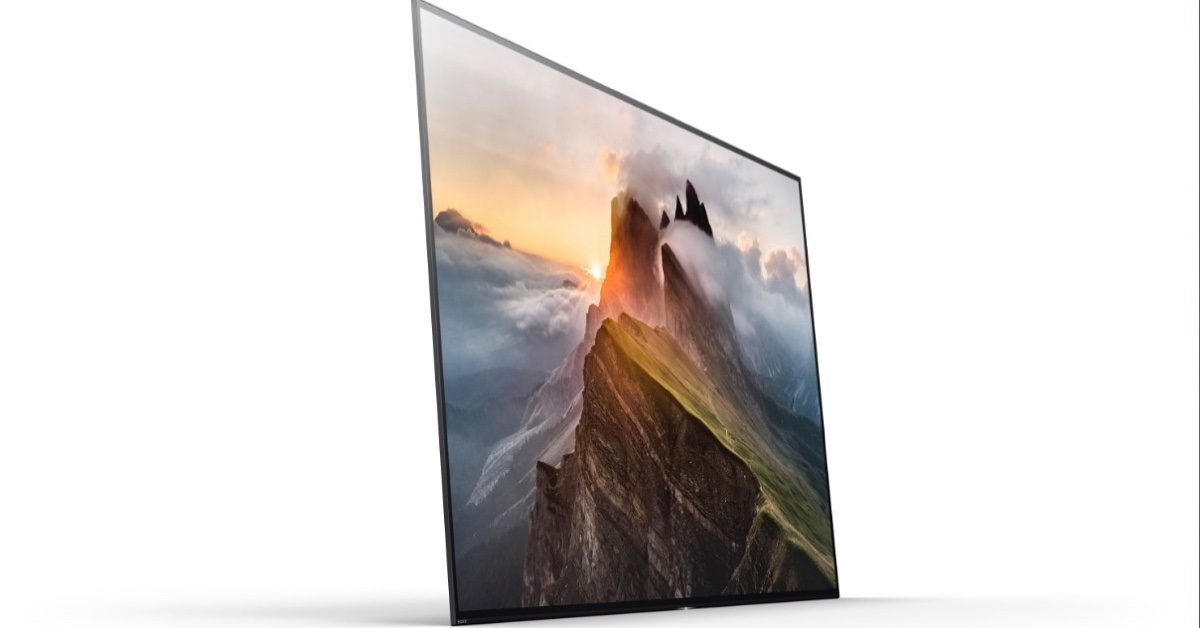 The first thing to know is that if you currently have a 1080p HDTV and aren’t planning to upgrade to a 4K/UHD TV right away, you’ll still be able to watch 4K content from this new Apple TV. It will simply be displayed as 1080p.  4K content may look a little better for geeky technical reasons.

The new Apple TV is believed to support High Dynamic Range (HDR) in the form of the standard called HDR10. If you have a 4K/UHD TV made in late 2016 or later than supports HDR10, it will honor the signal from the Apple TV. (Presumably passed along from a streaming source like Netflix.)

If you have an older 4K/UHD TV (2014-2016), the HDR metadata will be ignored, and all you’ll see is the enhanced resolution of a 4K/UHD display. That is, if you sit close enough to avoid the Retina effect. Here’s a chart, shown below, that will tell if you need to sit closer to exploit the 4K resolution. 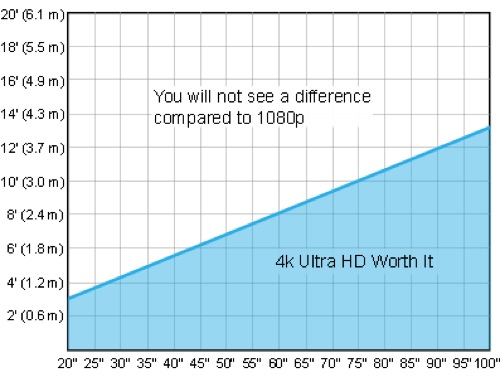 If you plan to buy a 4K/UHD TV first and wait for the new Apple TV, how will the older 1080p image from your 4th gen Apple TV look? The answer is in what’s called a scaler. All TVs have them, and they’re generally pretty good. I’ve heard some say Sony makes the best.

In this case, a scaler upconverts the incoming 1080p video to 4K/UHD. It uses a mathematical algorithm to convert the display of 1 pixel to 4 pixels. No real resolution is gained, but if the scaler is very good, the 1080p picture on a 4K/UHD TV will look almost as good as on a native 1080p TV.

More difficult is upscaling/upconverting of Standard Defintion (SD) from 480i to 2160p. That’s a huge leap, and no scaler can overcome that massive scaling task. Fortunately, we’ve all pretty much converted to High Definition, 720p/1080i/1080p, and so the upconverting is less difficult.

If you’re using a High Definition capable AV Receiver as an intermediary—instead of running an HDMI cable from the Apple TV directly into the TV, you’ll need to upgrade to a 4K/UHD capable AV Receiver. Good ones cost about US$500 and go up from there depending on features.

The HDMI cables you already have are almost certainly good enough. You may run across vendors who’ll try to sell you “4K HDMI” cables. That is complete nonsense. This article at CNET explains why your current HDMI cables will work just fine for 4K/UHD/HDR content and your new Apple TV.

Just about 100 percent of modern content is transmitted at 1080p/24, 1080p/30 or 1080p/60. That number after the slash is frames per second (fps). Many modern 4K/UHD TVs offer 120 Hz refresh rates. That means high speed electronics are used to interpolate the video frames and achieve a higher refresh rate. This makes for smoother motion and helps for high speed games and fast action sports like ice hockey.

The thing to know is that this processing is done on the TV after the signal is received. You don’t need to worry about the Apple TV (and/or an AV Receiver) rated at (a mere) 60 frames per second. The 60 fps source video just gets passed along to the TV for 120 Hz processing.

TV technology is complex, and a lot is going on behind the scenes. The bottom line is this:

Questions? I’ll try to answer them in the comments.

I hope that Apple is going to release the new Apple TV with 8K abilities, because here, BOOM, to mess with your upcoming purchase decisions, 8K:

My wallet hurts every time you post a picture or mention that Sony OLED.
I already have a 4K, but it’s not HDR and quite frankly, watching dark movies can be a letdown.

You are right. I agree. Hdmi 2.1 is decently meaningless without higher resolution screens. Sorry I was in my own headspace where if you want hdmi 2.1, 2017 isn’t your year. the reason I mention this when I do this I plan to rewire everything with the latest available wiring, to have the new wiring, and and latest switch. It’s not easy to find a switch that supports all the frequencies, and features even of 2.0. Why would I care about this. First, I’m nuts. Second, I hate wiring so bad, I’m in a mode to get the wiring redone… Read more »

John: I disagree that this is a bad time to buy a new TV. The hardware is now way ahead of streaming technology. A 4K/UHD TV bought today, with support for HDR10, Dolby Vision and HLG will be future-proofed for many years. We may never see Dolby Vision widespread except for selected titles on 4K/UHD Blu-ray discs. Comcast seems a year away from widespread deployment of 4K DVRs, and I haven’t seen a confirmation of HDR even then. HDMI 2.1 is approved, but very advanced – with support for 8K and 120 Hz frames/sec in broadcast. That’s something we won’t… Read more »

Thanks, John, for a very clear summary of all this. Truly helpful.

Now is a tricky time to buy a TV. The HDMI 2.1 standard is coming and will be half baked in any 2017 TV. 2018 sets will have it. So probably the sweet spot in pricing is if you can find any 2016 left over sets which will have all the 2.0 stuff. Also, you want an OLED set. The quantum dot stuff is bung, the press is nuts to even try to equate them. OLED sets are finally coming down on the price curve, and for me it’s like when SSD tech came along. After OLED, there is no… Read more »