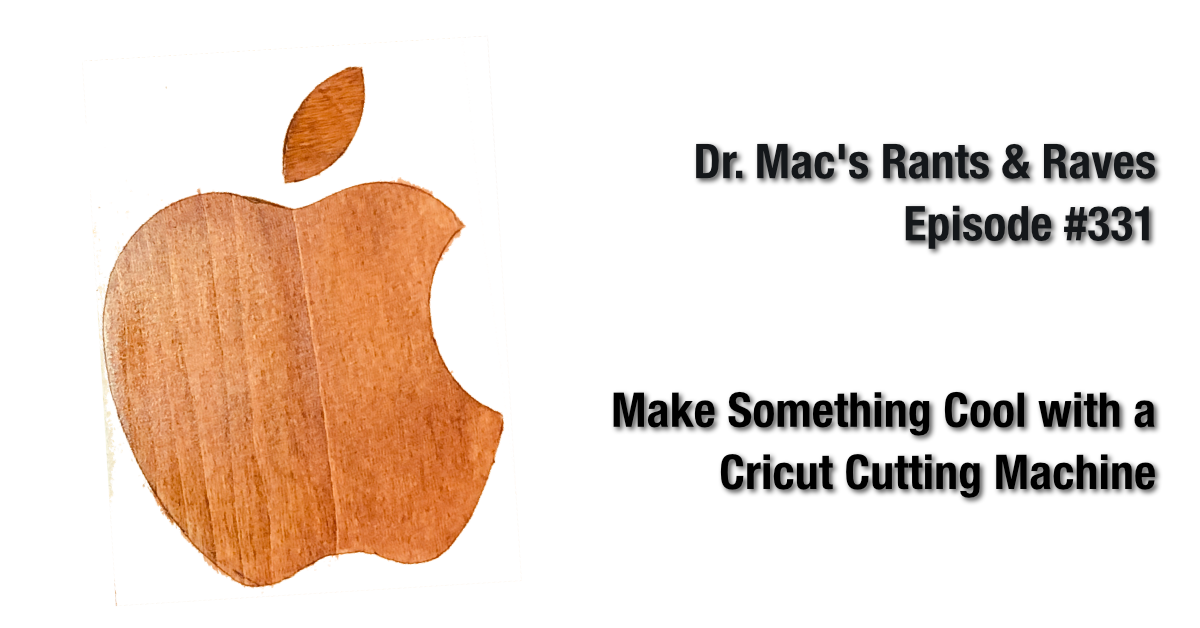 I walked into my local Michael’s store (Make Creativity Happen) earlier this year to find an entire aisle dedicated to a new product line I had never seen before—Cricut cutting machines—along with materials and tools for cutting . Having never heard of a “cutting machine,” I went home and spent some time on the Cricut website.

Cricut (pronounced “Cricket”) cutting machines let you create and design do-it-yourself projects on your Mac, PC, iOS or Android device. Once designed, you send them to the Cricut machine for cutting via USB or Bluetooth.

It sounded a bit “artsy” for me, but then I noticed that the top-of-the-line Cricut cutting machine—called the Cricut Maker ($369)—could cut thin pieces of balsa or basswood.

As an amateur woodworker, an inexpensive machine that cuts wood precisely—even limited to balsawood or basswood—piqued my interest. I envisioned designing and cutting intricate inlays that fit perfectly into my work without chiseling, sanding, or do-overs, which would shave hours (or days) off tedious tasks.

So, I got in touch with Cricut and borrowed a Cricut Maker.

It Made a Good First Impression…

The machine arrived along with everything else I might need for almost any project I could imagine. So, I tested the Cricut Cutter with wood, cloth, vinyl, and heat-transfer materials. I also tested Cricut’s hand-held crafting tools including a fabric shears ($7.99); 18-inch aluminum cutting ruler ($26.49); and a huge (18 x 24-inch) cutting mat ($34.99). My favorite tool was the TrueControl knife ($13.99), which is kind of like an X-Acto knife but sharper, more ergonomic, and with safer blade changes.

I thought it was pretty darn good for a first attempt, so I boldly attempted something more sophisticated—cutting my Working Smarter for Mac Users logo out of basswood.

It Cuts Wood, but…

The results were not pretty…

After several more botched attempts, I contacted Cricut and learned that while the machine really is capable of cutting balsa or basswood, they recommend details be “at least as thick as a pencil”  to cut properly.

Although my dream of cutting intricate wooden inlays quickly and repeatably was shattered, I did complete several more wood projects successfully by using bigger text and thicker lines.

That might have been the end of the story, but because the machine was already here, I went ahead and cut some of the other materials for kicks. I’m sure glad I did, because it turns out Cricut Maker is one of the coolest peripherals I’ve connected to my Mac in ages.

Tune in next week for more about how Cricut Maker works, along with some cool things I’ve made with it including t-shirts, window signs, stencil-on-wood signs, etched glassware, cloth and leather products, and more.