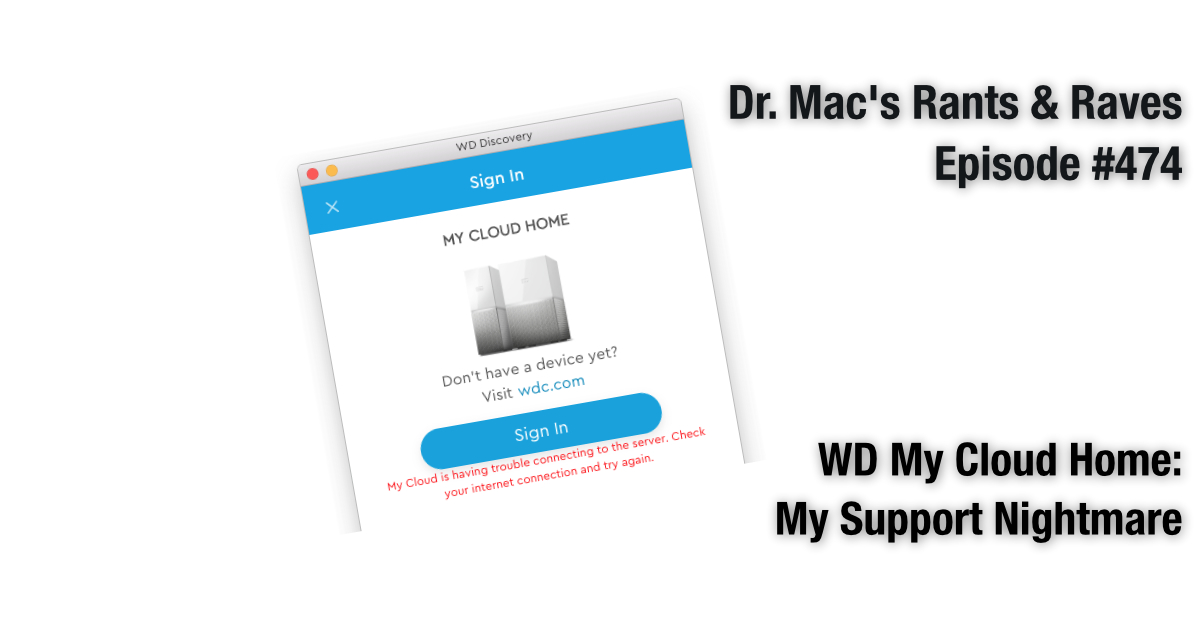 Way back in 2017, I wrote about My Cloud Home, a (then) new Network Attached Storage (NAS) device from Western Digital (WD).

What’s a NAS? Like Dropbox, Google Drive, iCloud Drive, and other cloud-based storage services, a NAS provides many of the same remote storage features with a delightful difference: no monthly charges.

I was impressed by the then-new My Cloud Home, which was reasonably-priced, easier-than-others to configure and use, and surprisingly full-featured for its price (starting at $159 for a 2TB model). I recommended it without hesitation and have used it for personal network storage ever since.

It performed well for the first couple of years before becoming less and less reliable. Its icon, which had appeared on my desktop for months at a time without intervention, began disappearing and requiring me to log in manually. It was annoying, but I was always able to log in and access my files. At least until recently.

Last week when I attempted to log in, instead of mounting its icon on my desktop, I received an error message: “My Cloud is having trouble connecting to the server. Check your internet connection and try again.” 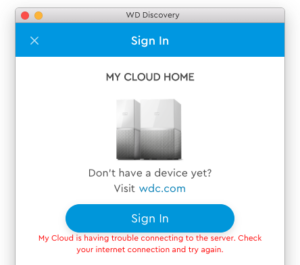 Waiting for Support for Six Days

After four days without a response, I submitted a second support ticket and asked to escalate my issue. I received an automated reply that they would escalate my case and follow up as soon as possible.

It’s been six days since I could access my files from the desktop, and I’m still awaiting a response.

To be fair, while I can’t log and mount an icon for my My Cloud Home device on the desktop, I can access my files via a web browser or IOS app. It’s inconvenient, but I can see and download my files when necessary.

Still, I got the device because it behaves like a directly connected storage device on my Mac, displaying an icon on my desktop as though it were a USB or Thunderbolt drive. Managing its files through a web browser is awkward, to say the least.

My point is that after six days without a response from Western Digital support, I  no longer recommend WD products. Waiting a week or more to hear from a support rep is unconscionable. I’m not sure other storage vendors are better at support, but they couldn’t be any worse.

8 thoughts on “WD My Cloud Home: My Support Nightmare”