Forums
Articles
Tips & Tricks
One Part of a Hacki...
Notifications
Clear all

One Part of a Hackintosh High Sierra Build Is Easier 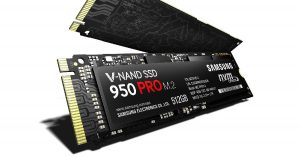 With the beta of macOS High Sierra, life is a bit easier for Hackintosh builders using NVMe Solid State Drives. This is unusual, because newer builds of macOS typically increase the difficulty of getting a fully-functional Hackintosh build. Yes, one part of a Hackintosh High Sierra installation is actually easier than on previous versions of…

Nice article Jeff. I wonder what the max speed of each of these connectors is. I *think* for nVME its around 4GBps, and for M.2/PCI its around 1.6GBps. The sad thing is I think these connectors are already dated and a problem. I think some of apple's top end models get around 3GBps through put. But you can get PCI cards on the now ancient cheese grater mac pro that do around 6GBps. Which may explain why apple has been all over the map with its SSD connectors...

If you use a 4-lane PCIe slot in the cheese grater Mac Pro then you are limited to a real world throughput of around 1500MBps. If you use one of the two 16-lane PCIe slots then you can as you said achieve 6000MBps aka 6Gbps.

Whilst the fact the cheese grater only supports PCIe 2.0 is currently not a limitation for SSD drives it already is starting to be so for newer higher end video cards. I would say we are now reaching the stage where it is also becoming a limitation for storage or will at the next step.

Since the classic Mac Pro cannot boot from an NVMe drive most people use AHCI drives. To get the 6Gbps you can use the Amfeltec Squid PCIe adapter and use RAID0 to stripe across four AHCI drives and get close to the theoretical 6000Mbps. See http://barefeats.com/hard220.html

(There is a driver that allows using NVMe drives as data i.e. non-boot drives in the old Mac Pro.)

Apparently with NVMe drives becoming the new i.e. current standard older AHCI ones are starting to get scarcer and actually more expensive despite being older slower tech.

Great. Apple should use standard connectors and ports, not soldered components that can be upgraded by users. And not charge 2 to 3 times more for the very same component like RAM. Check out that for new iMac on Apple Store and sites like Amazon (3 times more expensive on the former).