Check out Apple’s new iPad Pro commercial, titled “iPad Pro — What’s a Computer?” It’s like a Microsoft Surface Pro spot, with a prettier star, better lighting, better graphics, and better direction. It pitches iPad Pro as a computer, only one you can touch, type on, and write on using a stylus. It features iPad Pro (9.7-inch), Smart Keyboard, and Apple Pencil. It’s almost like Apple is saying this combination of devices is kind of like a toasterfridge that can do it all. I’d love to hear some thoughts from our readers on this. 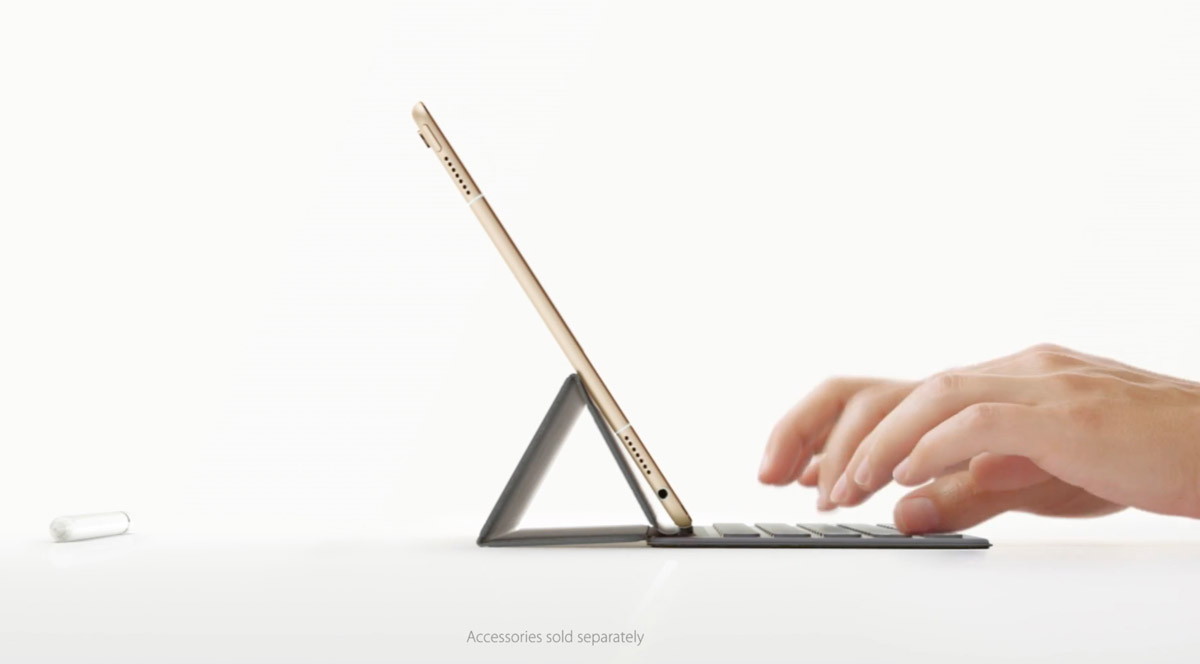