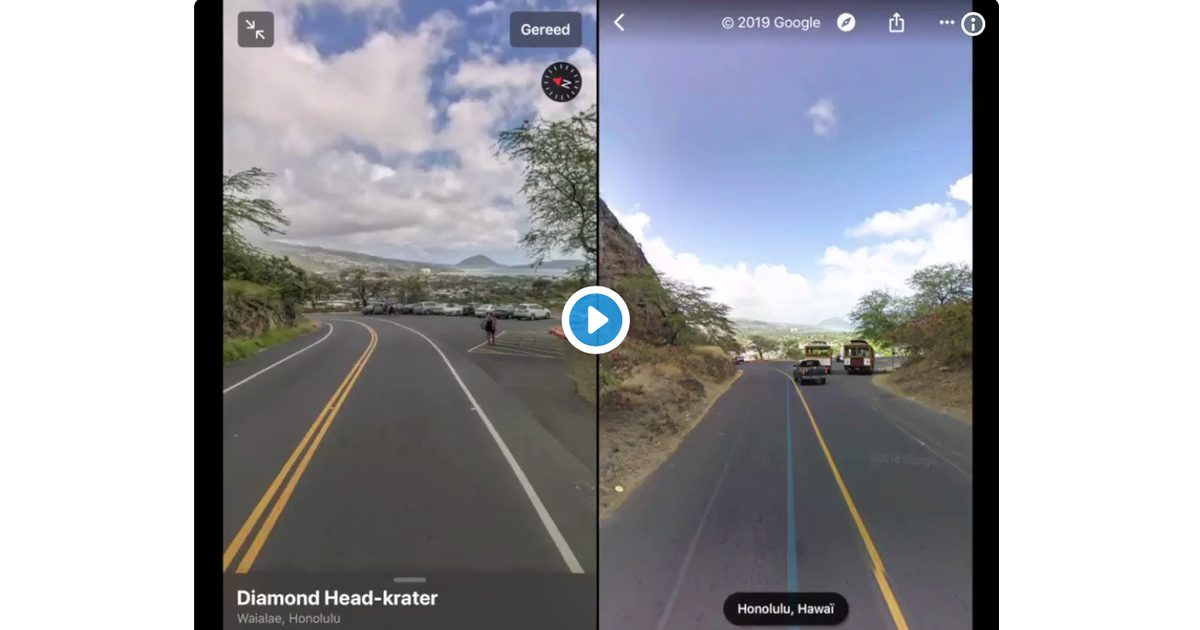 Apple revealed that there would be a new Look Around feature in Apple Maps at iOS 13. It is similar to Street View in Google Maps. However, a new video posted on Twitter by WordPress developer ‏Reüel van der Steege shows that Apple may have beaten its rival. Look Around seems to be much smoother.

Made a quick side-by-side comparison video driving the same road in Hawaii with ‘Look Around’ in Apple Maps on #iOS13 vs Google Street View. It really is “smoothly move down the street”! Impressive 🤩 #WWDC19 #iOS13Beta #AppleMaps #GoogleMaps #Apple #maps pic.twitter.com/nIA3kklhJe

Check It Out: Video Shows Apple’s Look Around is Much Smoother than Google Maps Street View