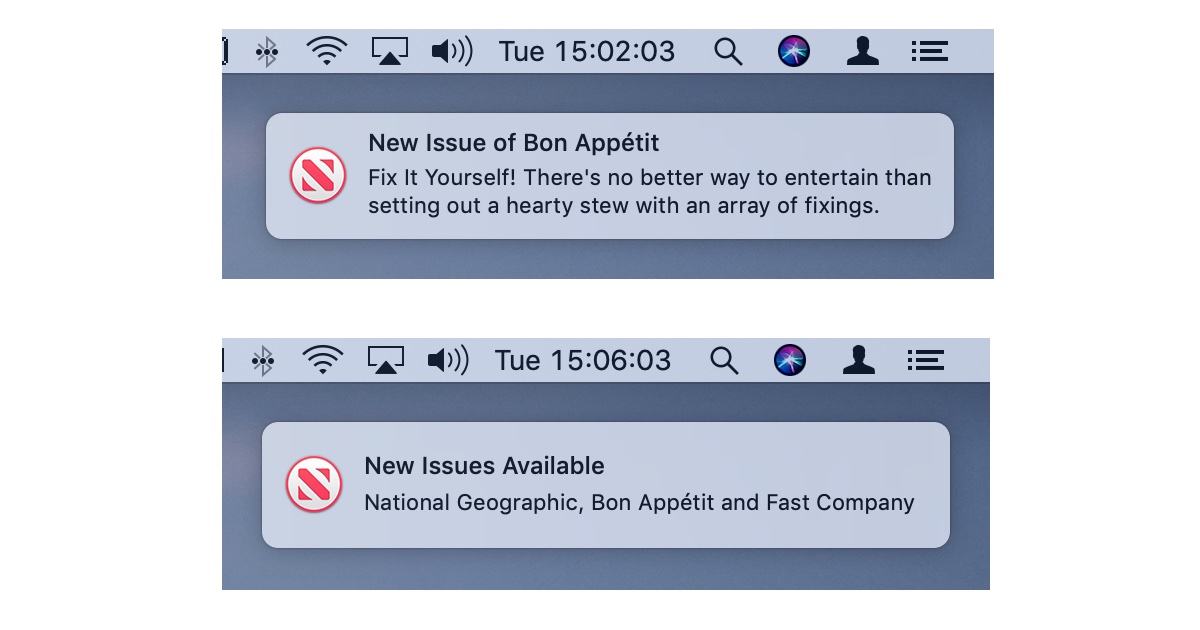 lt looks like the Apple News subscription service will launch on macOS as well as iOS. Developer Steve Troughton-Smith shared some screenshots of a the new service as they appear in the latest beta of macOS 10.14.4. MacRumors reported that they showed notifications for subscribers when the latest edition of a magazine is released. We are expecting to hear about Apple’s News subscription service at its March 25th “It’s Showtime” event.

Check It Out: Apple News Magazine Subscriptions Heading for macOS