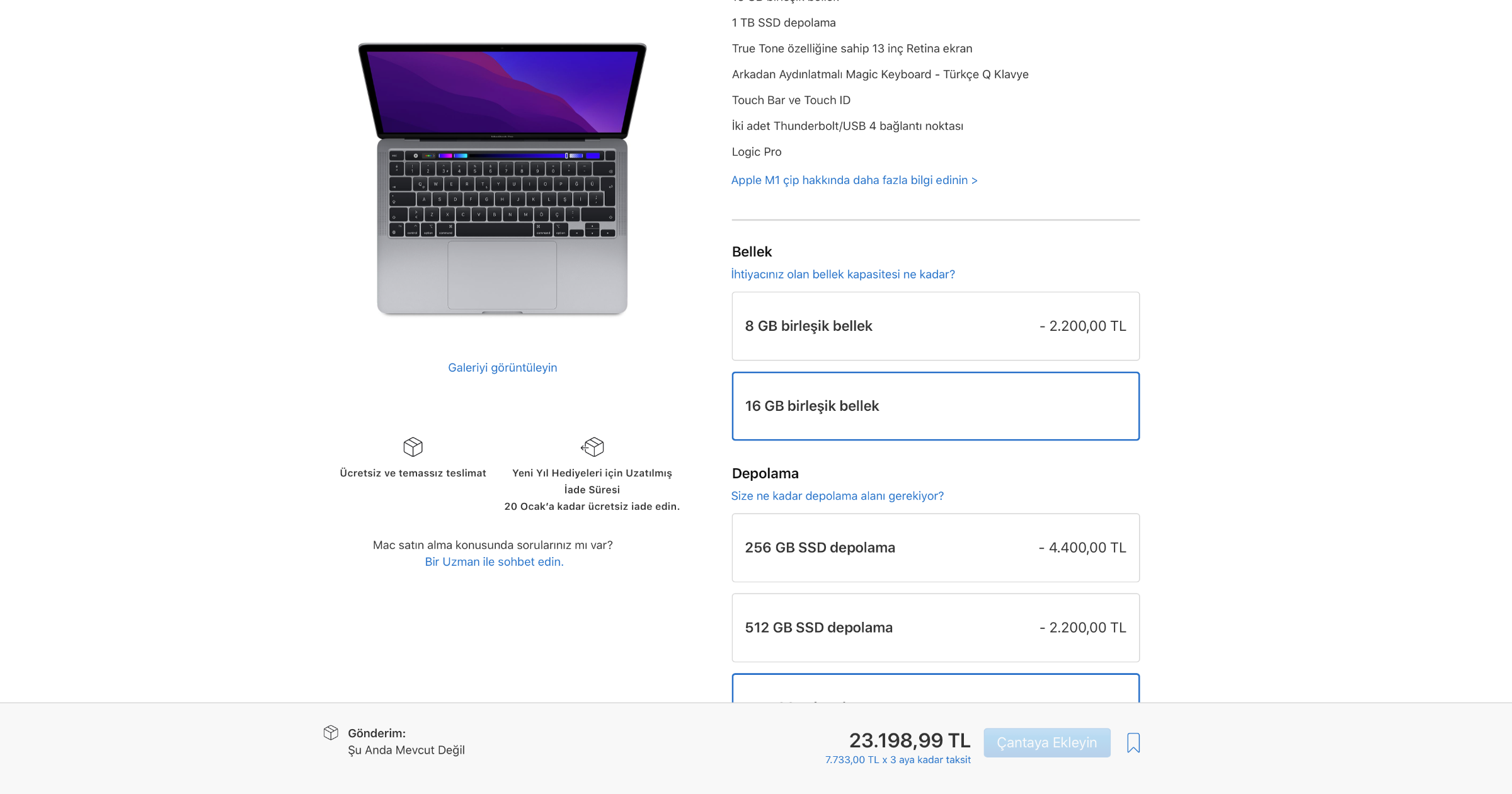 Apple temporarily halted sales in Turkey following a currency crash in the country, MacRumors reported. While the site was functional, customers could not add items to an online basket or check-out. The move occurred on Tuesday, but remained true at the time of this writing.

Right now, Apple’s Turkey storefront is up and operational, but no devices are able to be added to a virtual cart or purchased at this time because of the volatility. A Turkish lira is equivalent to approximately 0.078 U.S. dollars at the current time, and its value has been steadily falling since last week. Over the course of the last year, the Lira has dropped 45 percent vs. the dollar. There is no word on when Apple might resume sales in Turkey, but inflation is close to 20 percent and with Erdogan continuing to refuse to raise interest rates, the downward slide may continue.

Check It Out: Apple Temporarily Halts Sales in Turkey