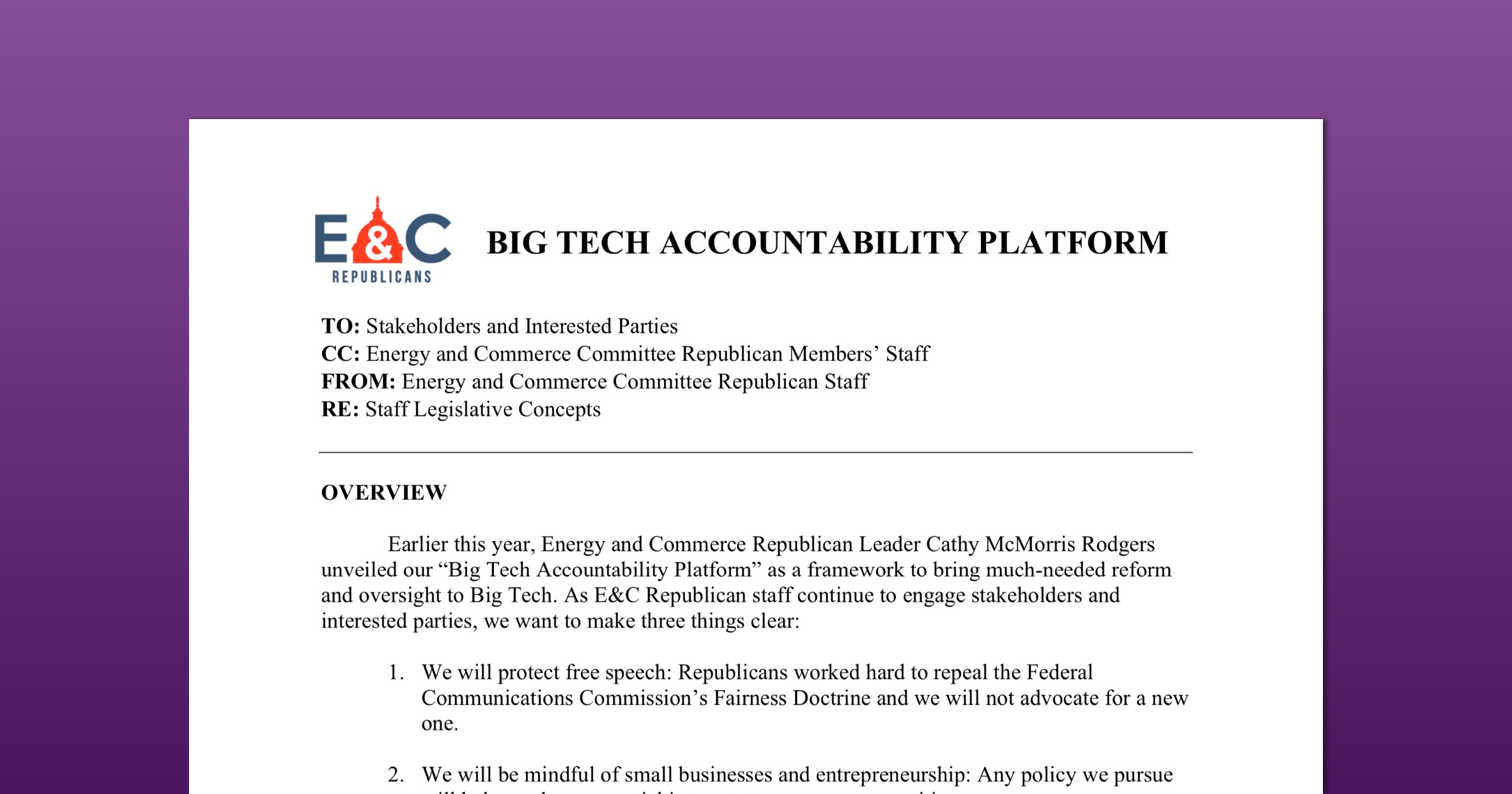 A new proposal from lawmakers reveals how Congress wants to take steps to reform Section 230 of the Communications Decency Act.

A new proposal by Republican lawmakers to overhaul a critical law that protects online platforms already looks dead in the water, according to one legal expert, though another prominent legal scholar believes it could fuel bipartisan reform for tech regulation.

The Republican members’ proposal submitted Thursday calls for, among other things, modifying 230 to strip liability protection for Big Tech if their content moderation practices discriminate against political affiliations or viewpoints, a frequent conservative talking point.

Check It Out: Memo Reveals How Lawmakers Want to Reform Section 230