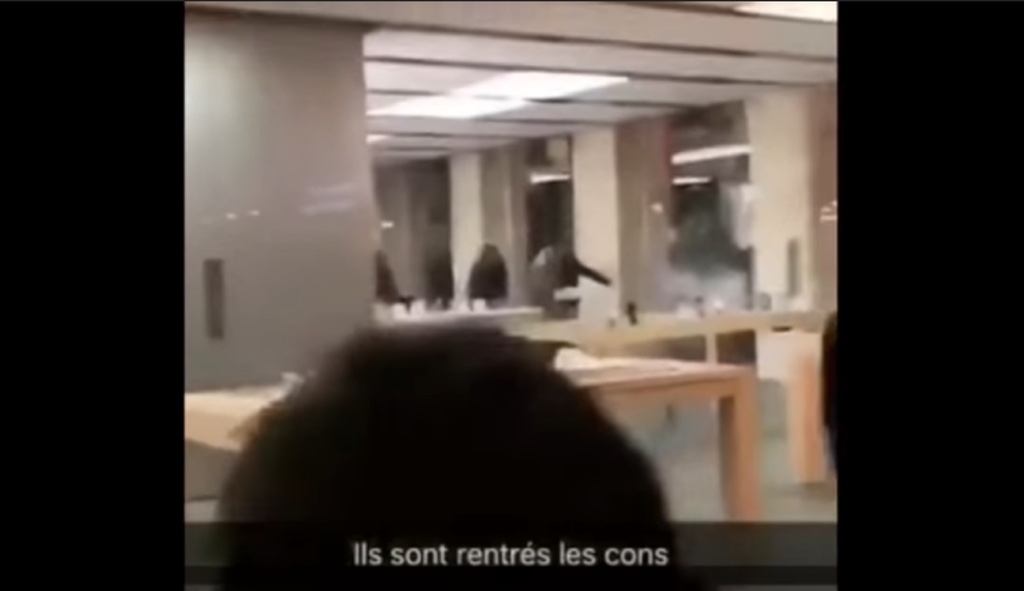 LONDON – The Apple Store in Bordeaux, France, was robbed and vandalized on Saturday by rioters involved in the ‘Gilets Jaunes’ movement. These protests were originally against a new motoring tax but have morphed into a larger movement. There have been protests in France over the last 4 weekends.  9to5Mac reported that protestors also damaged two Apple Stores in Paris, including the new Champs-Élysées flagship.

Apple Sainte-Catherine in Bordeaux, France was robbed and looted Saturday night by French “yellow vest” protestors. The vandals smashed the store’s windows before flooding through the building and ripping MacBooks, iPhones, iPads and more from product tables. While the rioters refrained from completely destroying the property, the damage done will require extensive and time consuming repairs. By Sunday morning, plywood sheeting had been placed over the store’s windows to prevent further attacks.