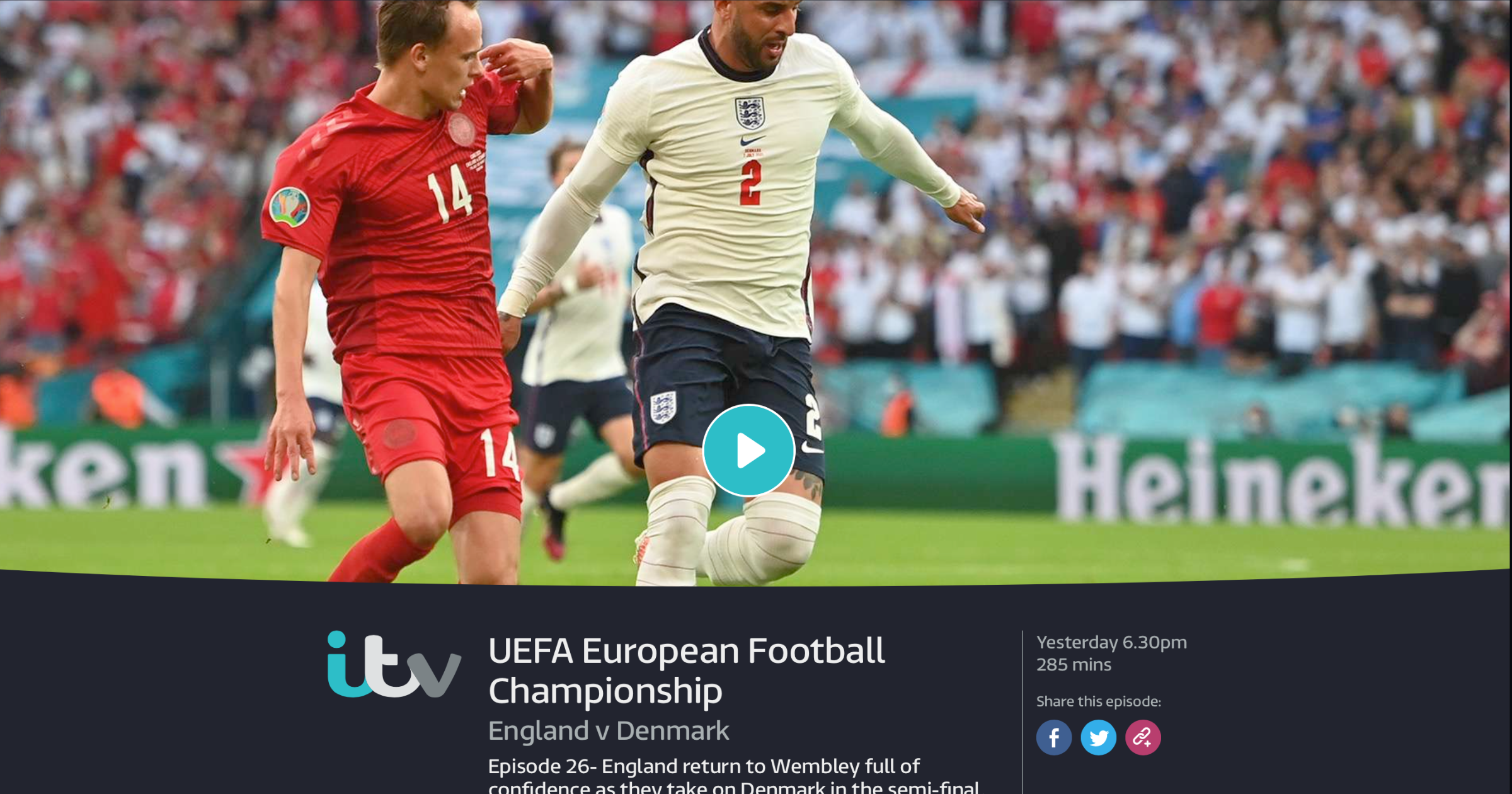 British broadcaster ITV has apologized after fans streaming the England vs Denmark Euro 2020 semi-final on an Apple TV encountered problems. The issues led to some viewers missing a significant portion of the historic match, BBC News reported.

The broadcaster said viewers watching on other Apple devices, such as iPads and iPhones, and its ITV Hub player had been unaffected. But there have been other complaints about ITV Hub’s livestreaming, such as it does not work on all smart TVs. Some of those with supposedly compatible devices have said they have experienced problems and poor picture quality. Nearly 24 million people watched the game on ITV’s traditional TV channels. But ITV said its digital-streaming problem had not been due to high demand for the service. And it had also experienced “technical difficulties” during the France v Switzerland match on 20 June. In a previous tweet, the broadcaster acknowledged issues with its Amazon Fire TV Stick service on 3 July.