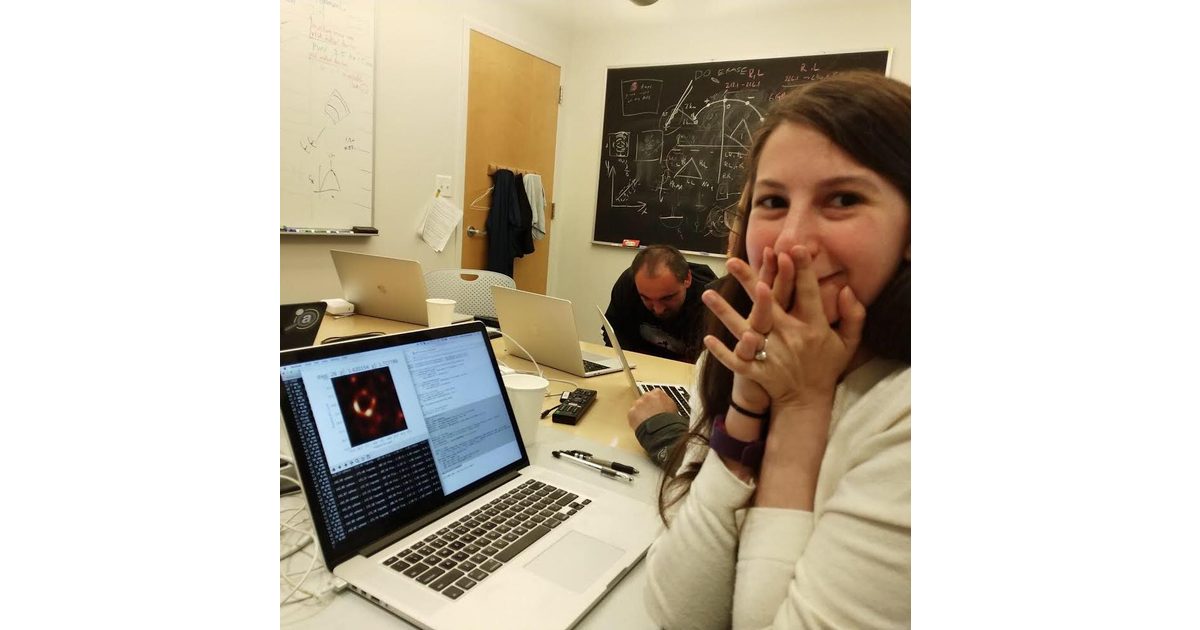 The image of Dr. Katie Bouman clasping her hands in glee next to her MacBook Pro as data from space downloads is almost as famous as the image she helped create. Dr. Bouman wrote the algorithm that helped produce the first-ever image of a black hole. The Telegraph published a biography of the acclaimed computer scientist and electrical engineer.

Dr Bouman’s CV reveals an impressive academic record in electrical engineering and computer science. She has studied at some of the best institutions in the world, getting an undergraduate degree from the University of Michigan, and a Masters and PhD at MIT, winning prizes and scholarships along the way. In 2017, as a graduate student, she took up her role leading the Event Horizon Telescope (EHT) team – which made the black hole picture possible – based out of the Harvard-Smithsonian Centre for Astrophysics, in Massachusetts

Check It Out: Dr. Katie Bouman – The 29-year-old Scientist Who Beamed a Black Hole Back to Earth