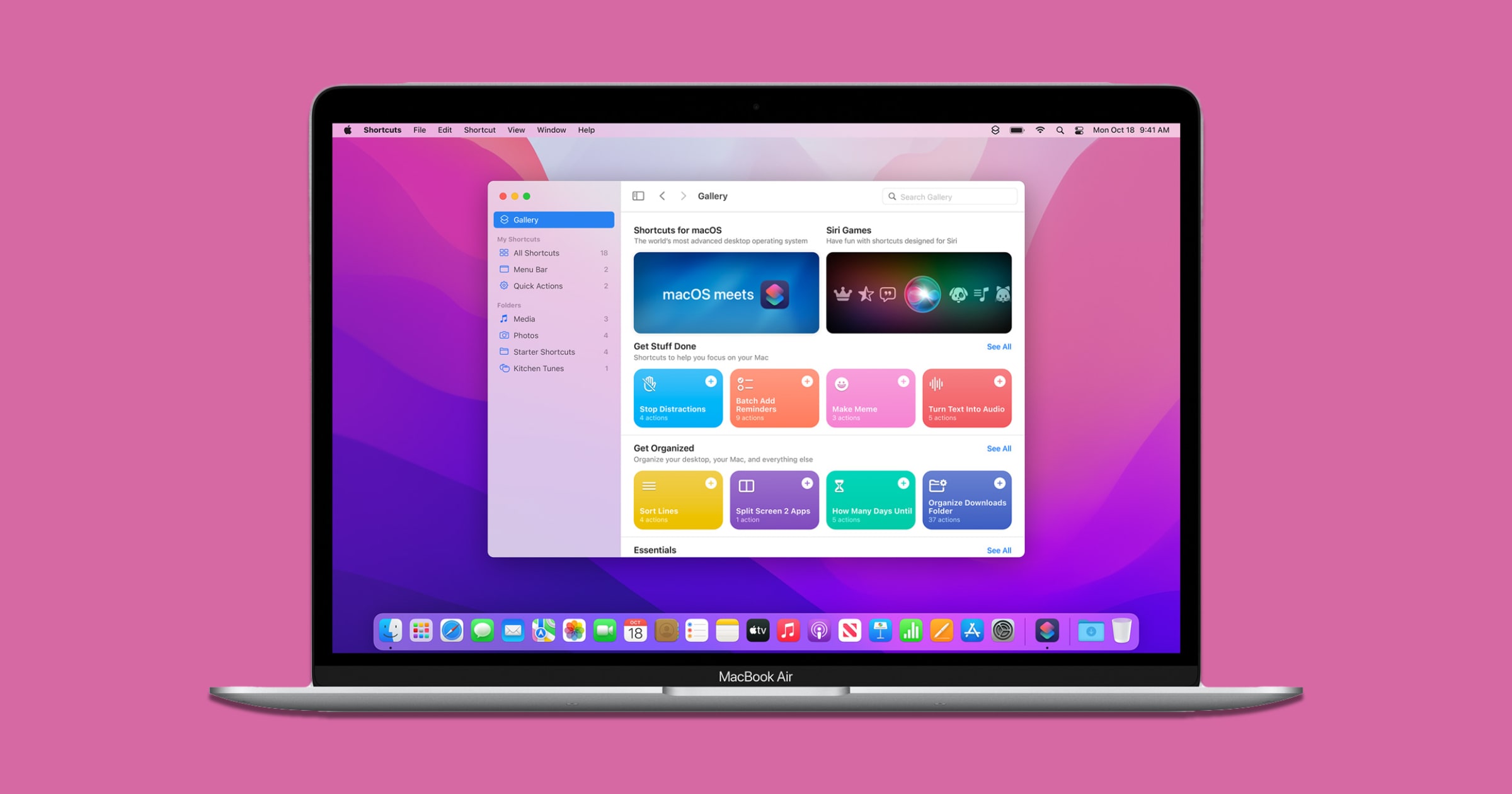 In a new AppleInsider podcast, former Apple employee Matthew Cassinelli to discusses the integration of Shortcuts in macOS Monterey. For those of us still getting used to the addition, it’s a conversation worth listening to.

Since the public release of macOS Monterey, users can now create, edit, and sync their iOS Shortcuts directly on a Mac. Announced earlier this year at WWDC, Shortcuts on macOS will also slowly replace the previous automation tool, Automator, bringing one system to the Mac, iPhone, and iPad. Matthew Cassinelli previously worked on the original Workflow app, which was acquired by Apple in 2017 and evolved into the Shortcuts app. After staying on the team at Apple for a short time, Matthew became an independent creator, helping others learn Shortcuts, and reporting on new actions available with every update.

[Headline corrected November 26  to clarify that Mr. Cassinelli was not an engineer at Apple.]

Check It Out: Ex-Apple Staffer Discusses Shortcuts on macOS Monterey