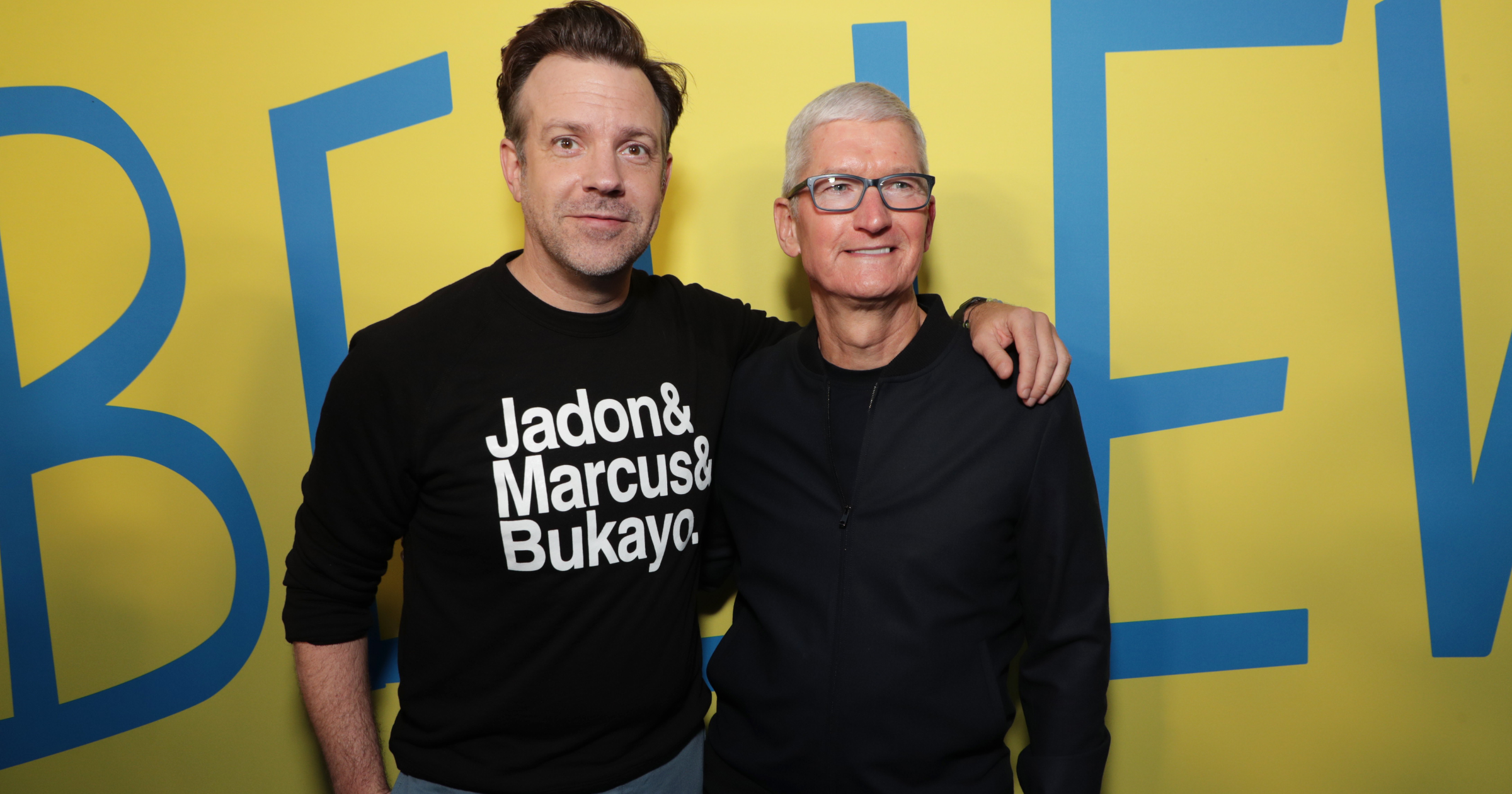 At the recent premiere for Ted Lasso season two, the star’s show, Jason Sudeikis, wore an eye-catching sweatshirt (pictured above, alongside Tim Cook). It bore the words ‘Jadon & Marcus & Bukayo’ – the names of the three England players who suffered a deluge of racist abuse after missing penalties in the European Championship final. He told British Vogue how it all came about.

Sudeikis’s appearance at the Ted Lasso premiere underlined the fact that the groundswell of support for Saka, Rashford and Sancho extended well beyond the UK.  The actor had the top made himself, he tells British Vogue. “The idea struck me the day before our show’s premiere,” says Sudeikis. “I just felt it was necessary to use the platform of our big, fancy ‘worldwide premiere’ to try and personify our show’s support of those three young men,” he says. “Which is why I chose to put their three first names on the sweatshirt. The names their parents gave them.”

Check It Out: Jason Sudeikis on *That* Sweatshirt Supporting Marcus Rashford, Jadon Sancho, and Bukayo Saka