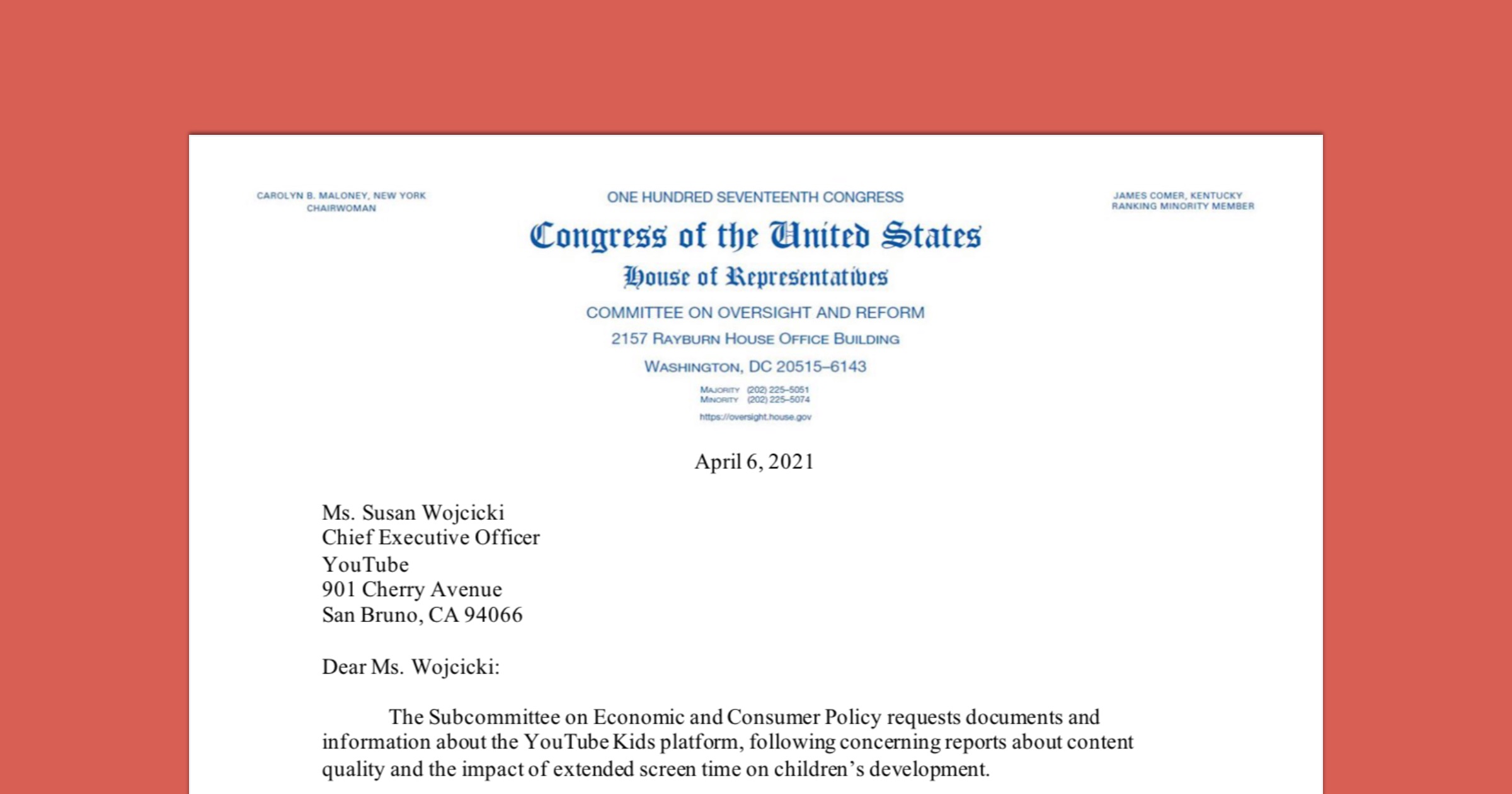 The US sub-committee on economic and consumer policy sent a letter [PDF] to YouTube CEO Susan Wojcicki about its app for kids, saying it’s full of “inappropriate… highly commercial content”.

According to the letter, some videos appeared to be “smuggling in hidden marketing and advertising with product placements by children’s influencers”.

The letter claimed that one research team, which it did not name, found only about 4% of videos had a high educational value. Much of the rest was low quality content such as toy unboxing and videos of people playing video games.