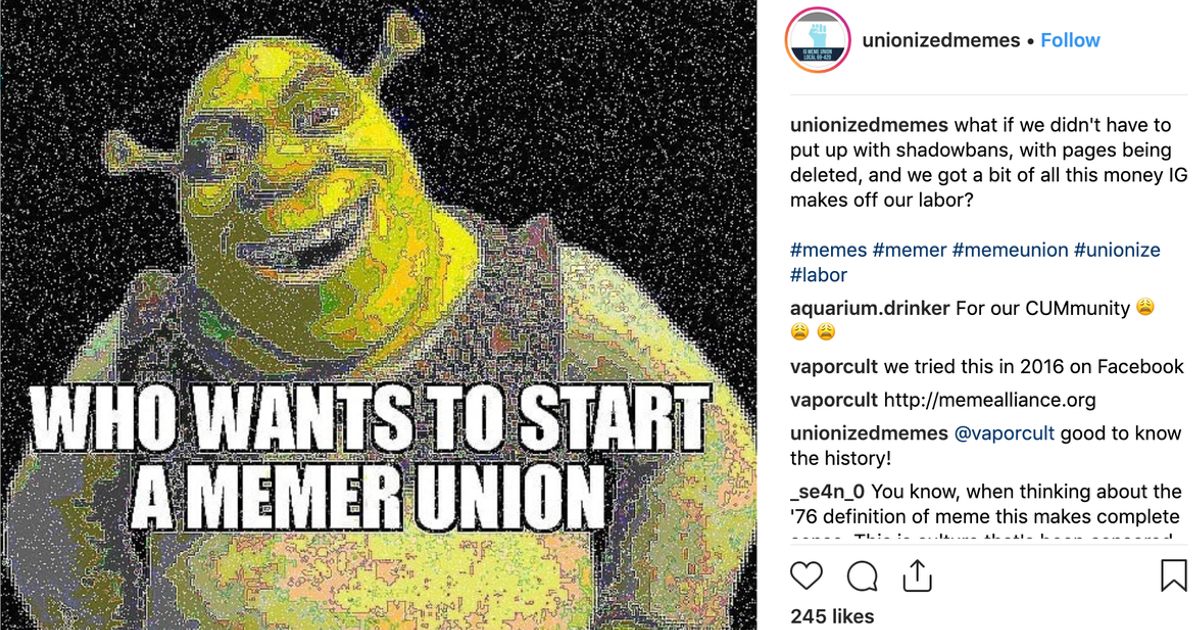 Left-wing memes are often very popular on Instagram. They have even made some of the people who share them quite well-off. Now some of those creators want to form a union, according to Vox.

The union, the first major organizing effort for professional meme creators on Instagram, is made up of that latter group, and now has thousands of followers on its official account and an open application process for new members. As Taylor Lorenz notes in the Atlantic, it will probably never be recognized by the National Labor Relations Board, the federal agency that governs unions, but the organizing drive is still very real: Not only does it use traditional union organizing tactics, but the memers have concrete demands they want Instagram to agree to. And with growing membership, they’ll likely have a bit of leverage.

Check It Out: Some Instragram Meme Accounts Want to Unionize