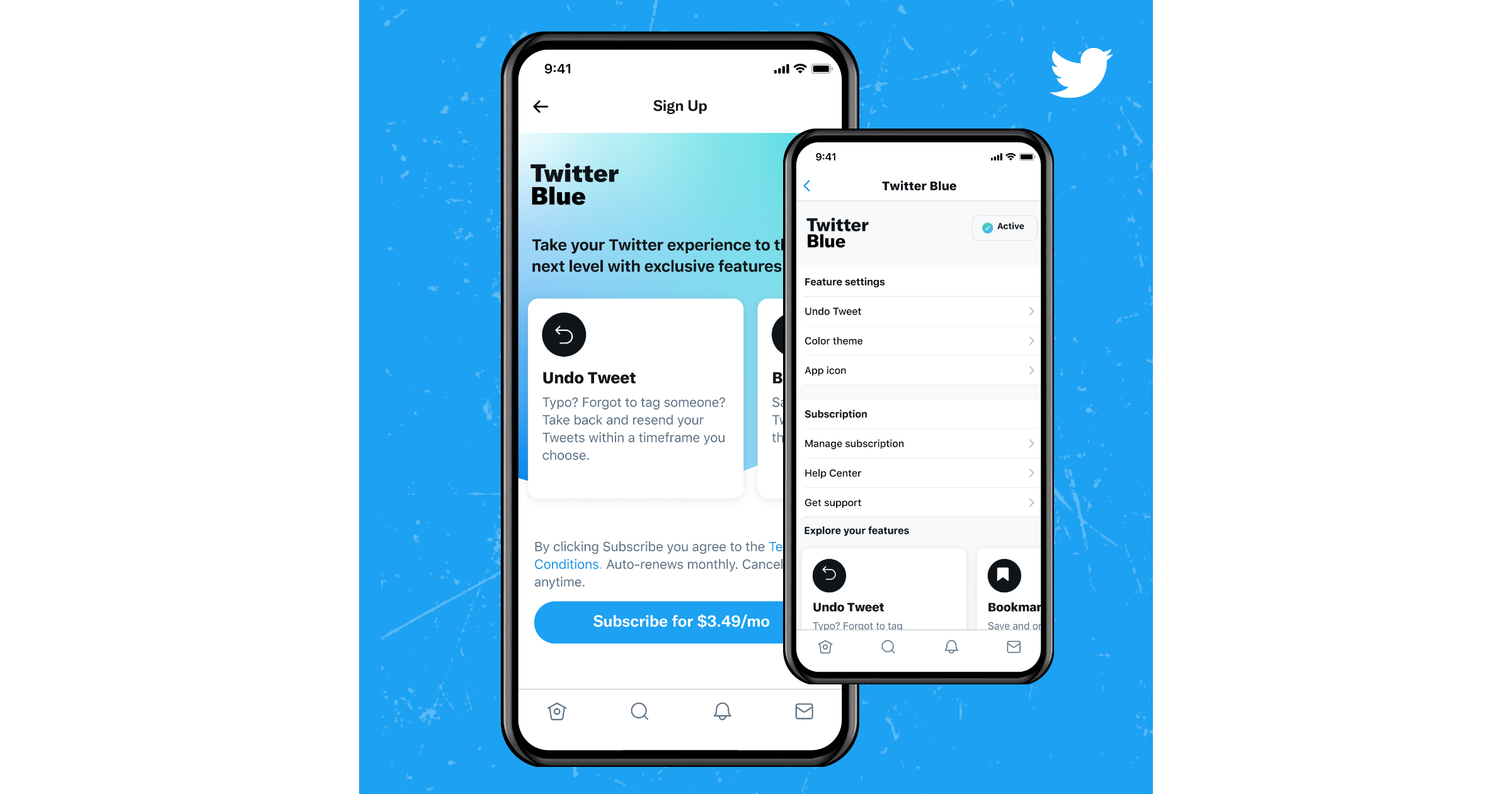 Twitter announced that it is rolling Twitter Blue, its first-ever subscription service, in a blog post on Thursday. The new service is coming to Australia and Canada first, costing CAD$3.49 or AUD$4.49 per month respectively. It includes various features, including ‘Undo Tweet’, which gives you a brief window in which to preview and edit a tweet before it goes live.

For those wondering, no, a free Twitter is not going away, and never will. This subscription offering is simply meant to add enhanced and complementary features to the already existing Twitter experience for those who want it… Starting today, we will be rolling out our first iteration of Twitter Blue in Australia and Canada. Our hope with this initial phase is to gain a deeper understanding of what will make your Twitter experience more customized, more expressive, and generally speaking more 🔥.

Check It Out: Twitter Launches First-Ever Subscription Service – and it Let’s You Edit Tweets