The problem started on October 23 and wasn’t resolved until October 29. Over 300 apps from over 200 developers were affected, bringing the total number of App Store ratings to roughly 200 million. All 155 countries that Apple supports were affected. Some of the countries that were affected the most include the United States, China, U.K., Russia, and Australia. 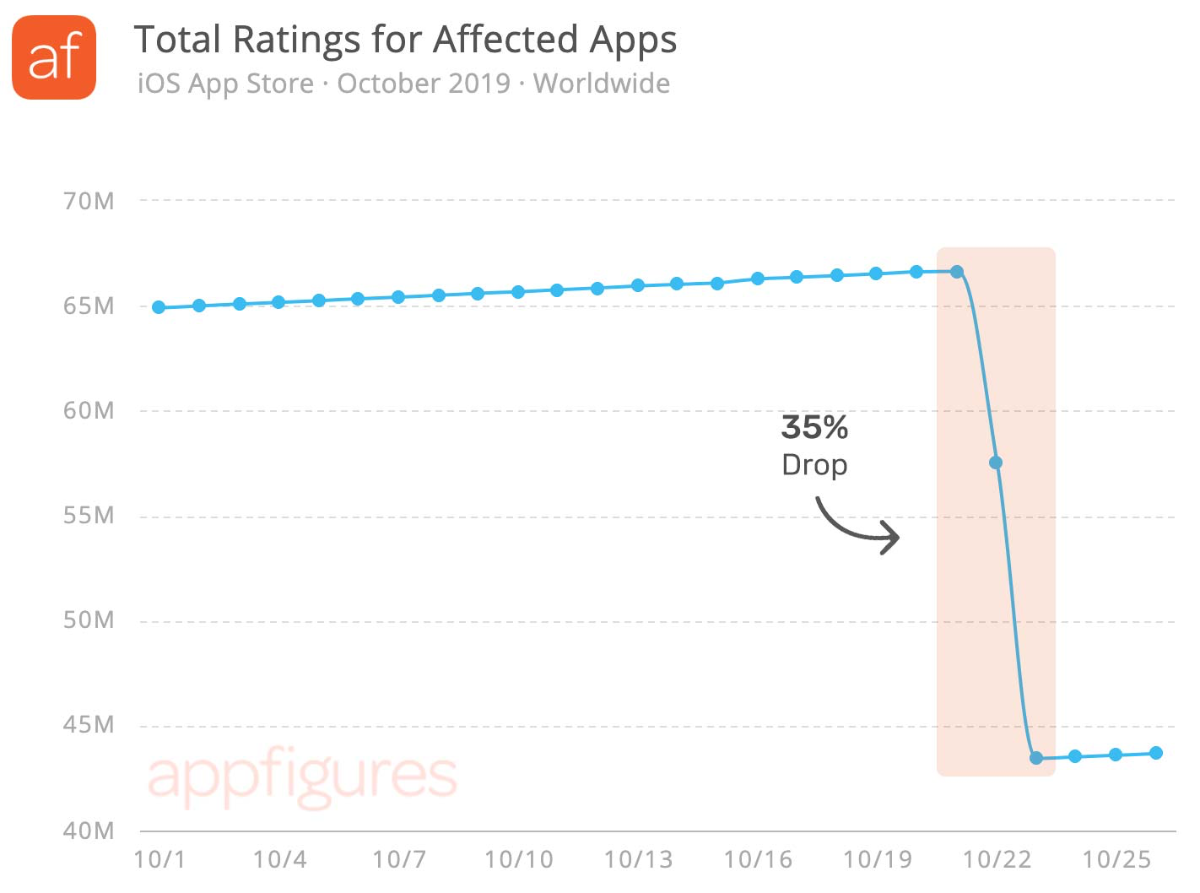 Some apps were hit more than others. Hulu was affected the most and found 95% of its ratings gone. Dropbox and Chase lost 85%. It didn’t matter whether the reviews were positive or negative; all were affected. App Store ratings of three and four stars were hit the hardest with a decrease of 40% and 41%, respectively. Two-star ratings decreased by 36% and 5-star ratings decreased by 35%. Ratings of one star dropped by 30%.

No one knows why this happened, and Apple has yet to comment. Mobile app insights platform Appfigures was the one to spot this. Its blog post says that if you’re a developer and your app was affected, or you have more information to share, tweet @appfigures.

Where are Apple backups? And I mean plural. The richest company on Earth did not make backupS? BTW, cloud whatever? No, thanks — nothing like a good local storage with local backups!

No loss here at all. If you rely on anonymous reviews you need your head examined.

Apple, the Microsoft of the ’90’s and 2000’s. OS updates that brick computers. iOS updates that brick iPhones and HomePod. Updates pulled for bricking. It goes on and on. Apple needs new leadership – Tim Cook’s only care is politics and LGBQabc gay rights, oh and defending China.

Apple’s recent software quality performance feels like too little Q/C ( and/or too little time and resources ) at a time where their devices and software are more integrated and more susceptible to issues. Apple’s failure was probably listening to the marketing folks too much and not the engineers who likely warned their management of the risks.

With China, Apple again confirmed a willingness to abandon their principles when threatened. Tim knows he can play tough with the FBI but China will squash his business if he fails to comply.