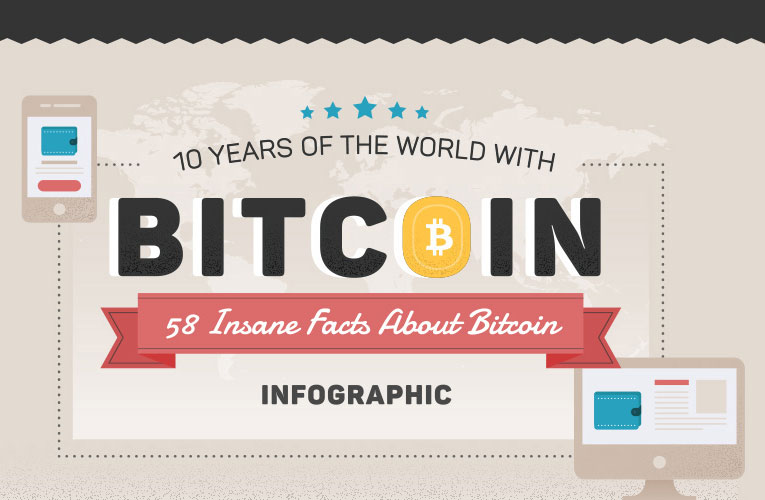 An interesting Bitcoin infographic crossed my desk this weekend. The title—”58 Insane Facts About Bitcoins”—is a tad hyperbolic, but it is for sure 58 very interesting facts about Bitcoin. If you’re curious about Bitcoin, many of them may be new to you.

There’s one error in the infographic dealing with a mention of Silk Road. Silk Road was the first major marketplace for Bitcoin that included a wide variety of legal and illegal goods and/or services. It was shut down in 2013 after the FBI arrested the site’s operator— Ross William Ulbricht (a.k.a. Dread Pirate Roberts). The Infographic mentions that 5% of Bitcoin transactions take place on Silk Road, but that should be a past tense reference, as Silk Road is no longer open.

Another tidbit is that the FBI owns some 1.5% of the world’s Bitcoin supply, as mentioned in fact #13. Unstated in the infographic is that most of that came about due to the above-mentioned seizure of assets related to SilK Road.

I should also note that the Infographic was developed Bitcoin Play, a casino whose services I’ve not tested.

3 thoughts on “Infographic with 58 Interesting Facts about Bitcoin”