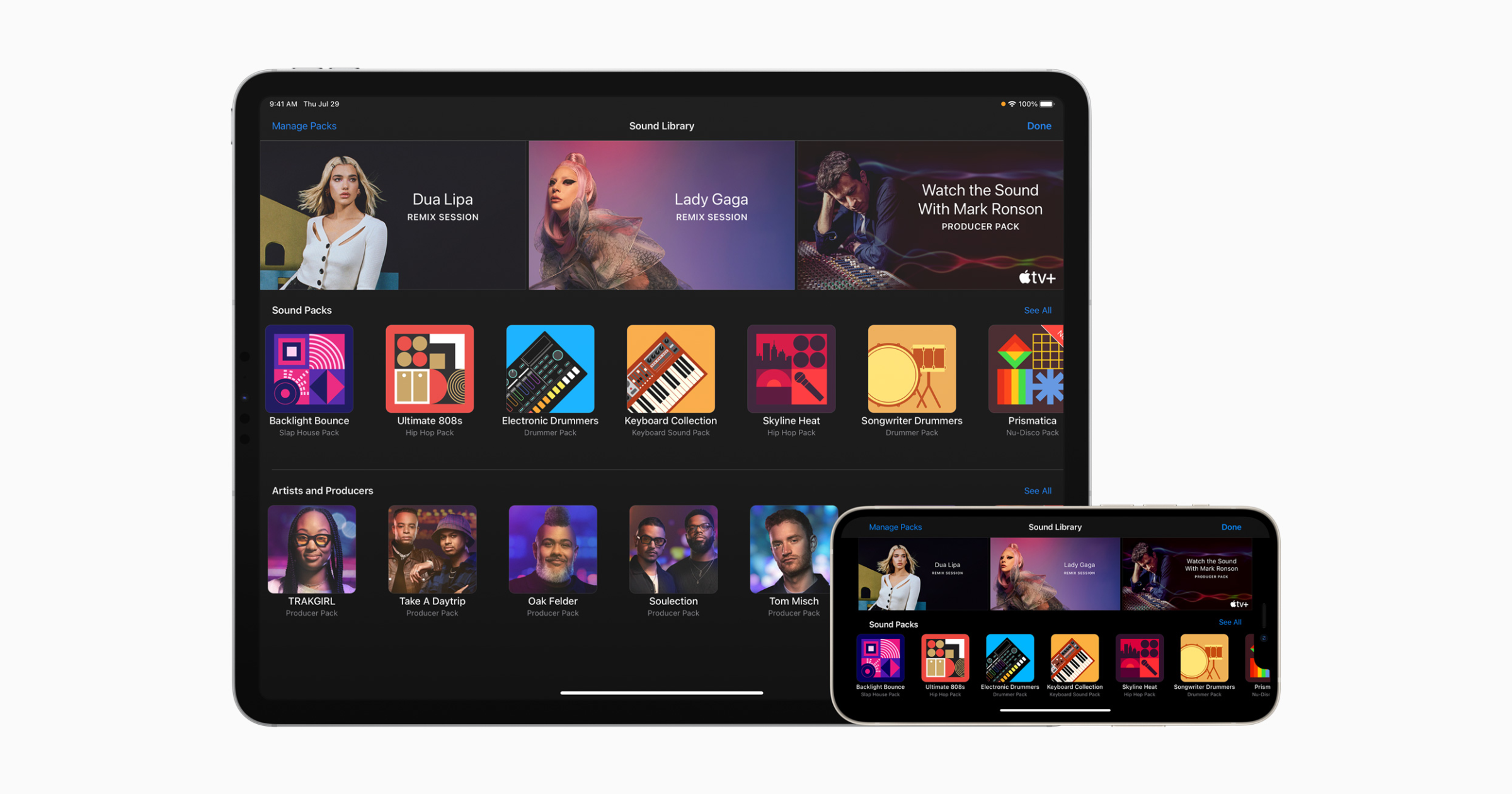 Apple unveiled all-new Sound Packs from some of today’s top artists and producers are available in GarageBand on iPhone and iPad. Furthermore, users can learn how to remix within the app itself thanks to new Remix Sessions. These provide step-by-step video instruction and feature hit songs from the likes of Dua Lipa and Lady Gaga.

GarageBand continues to be a catalyst for music creation — making it easy for novices to get started and for seasoned pros to develop their ideas on the go. For this update, we’ve collaborated with an incredible group of artists and producers to give musicians an amazing collection of new sounds to play with, and we hope even more people will be inspired to tap into their creativity and start making music in GarageBand.

Extending the ‘Watch the Sound With Mark Ronson’ Experience

The GarageBand Sound Packs are also designed to complement the forthcoming Apple TV+ series Watch the Sound With Mark Ronson, which premieres on Friday. GarageBand versions of the music technology that appears in each episode will be available. The super producer and series host commented:

Our new series, ‘Watch the Sound With Mark Ronson,’ explores and celebrates the intersection of music and technology, and it is exciting to have GarageBand bring the beats and sounds from the show to anyone who is inspired to create their own songs. This Producer Pack delivers the creativity and excitement of the show in a way I never imagined and couldn’t be more excited about.