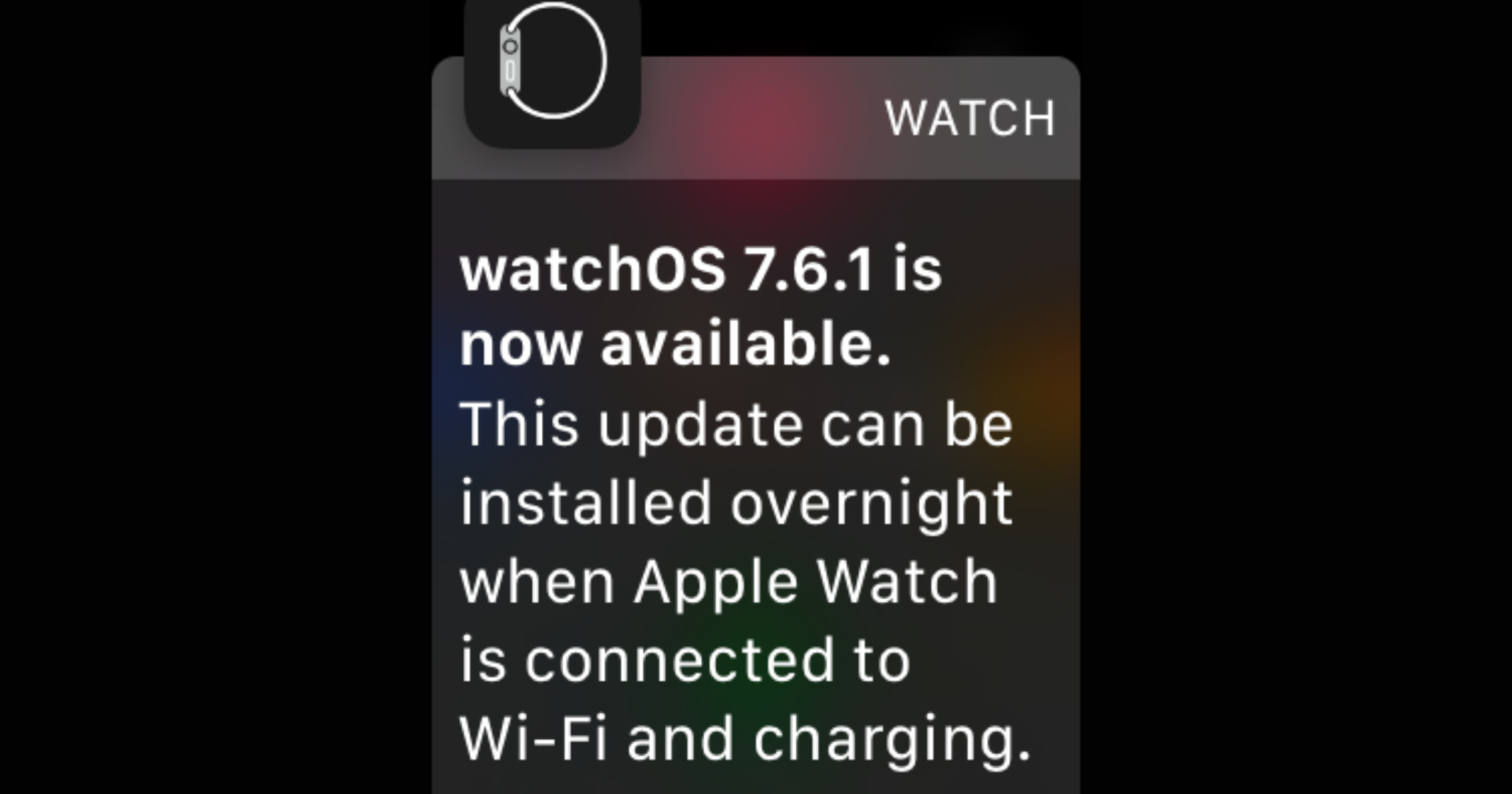 Apple released watchOS 7.6.1 on Thursday. It contains a key security fix and is available for all those with an Apple Watch Series 3 or later.

According to the security support document the issue found was  that an “application may be able to execute arbitrary code with kernel privileges.” This issue seems to have been found in the wild and leads to “a memory corruption issue.” The notes say memory handling has been resolve to fix it.

watchOS 7.6 was released earlier this month. It introduced the ECG functionality on the Apple Watch Series 4 and irregular heart rhythm notifications to 30 more regions. To get the latest update open the watch app on the iPhone your Apple Watch is synced with, then tap Settings > Software Update > Download and Install.