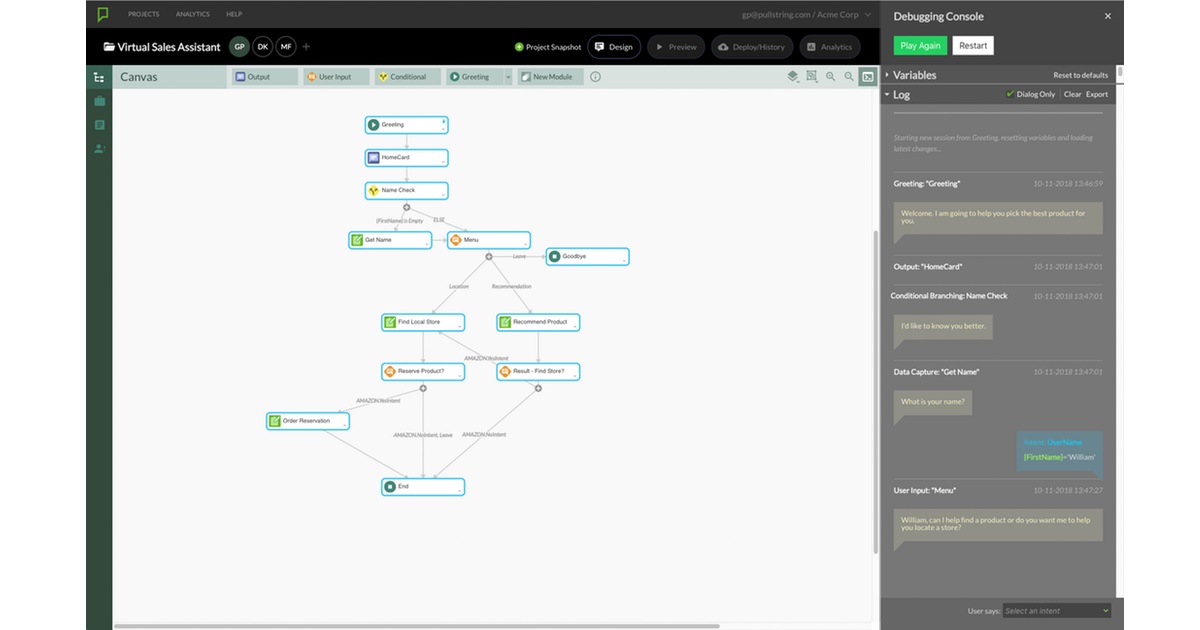 Apple has agreed to acquire the voice app startup PullString. The company facilitates the design and publication of voice apps. It operates in many of the fields Apple is interested in expanding into, such as healthcare.

An AI Canvas for Voice Interfaces

Axios broke the news of the deal Friday. It reported that the deal was initially worth around $30 million. An additional $10 million in earn-outs is available for the PullString management. The company’s main product, PullString Converse, provides what it called an AI canvas. This allows designers and developers to more easily visualize their voice-powered user interface. The firm also offers a seemingly more advanced product called Conversation Cloud, which maintains a conversation’s state over time.

Competing With Alexa and Expanding into Key Fields

It is likely that PullString will be used to improve Siri’s capabilities in order to better compete with Amazon’s Alexa and Google’s Assistant. Some brands already use its software platform to develop Alexa skills.

The company also talks specifically about “opportunities for pharma and health care companies” on its website. This a field Apple CEO Tim Cook has explicitly talked about Apple wanting to expand its presence in. The same is true of entertainment and financial services. They are both areas of interest to Apple and a PullString focus.

PullString has previously caught up in some controversy. In 2015, it was accused of building a device to spy on children with Hello Barbie a WiFi-enabled Barbie doll (via TechCrunch).