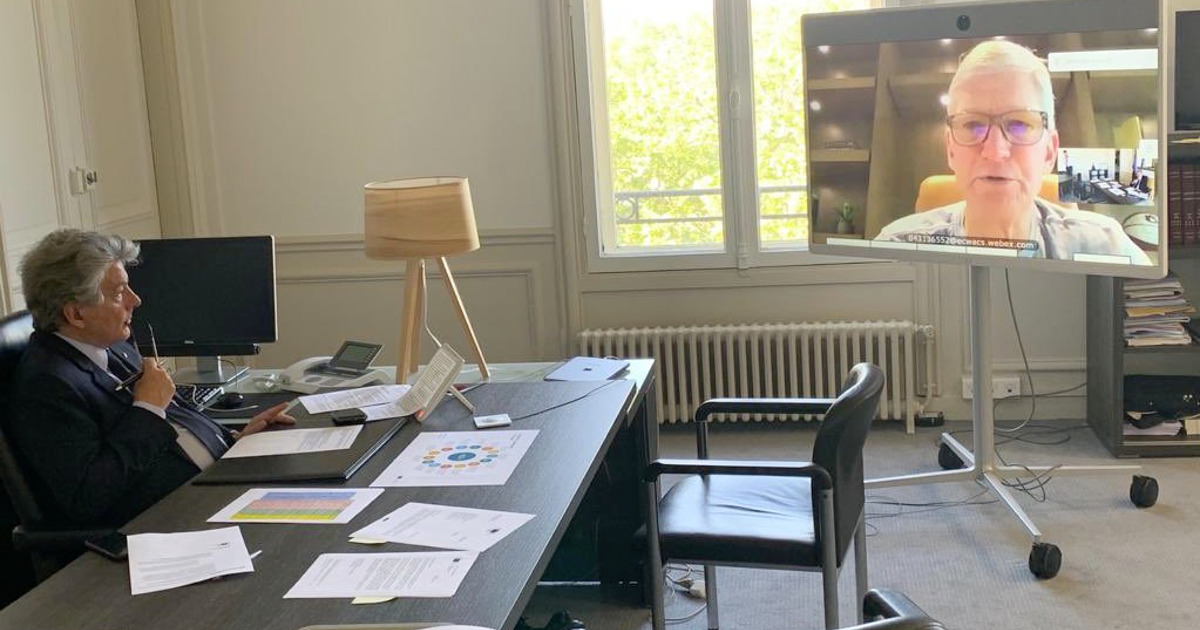 Apple’s coronavirus contact-tracing API looks set to launch on April 28. That it days ahead of the original schedule (via iGeneration). The news emerged following a meeting between Tim Cook and EU Commissioner for Internal Market and Services Thierry Breton.

Mr. Breton announced in a statement that the first version of the API will be available to developers in just a few days.  Apple originally announced May as a release date. Furthermore, he said:

It is the responsibility of companies such as Apple to do their utmost to develop suitable technical solutions to make the national apps work. Coordination with EU member states’ health authorities is paramount.

He reportedly put Tim Cook under pressure, asking him to make sure the contact-tracing apps work fully on iPhones, as well as other devices. Despite disagreements over privacy issues in both France and the UK, specific cases were not discussed during the 30-minute conversation (via Reuters). Mr. Breton tweeted that he had “a good exchange,” with the Apple CEO. The EU commissioner held a similar meeting with Google CEO Sundar Pichai earlier in the week.

I just had a good exchange with #Apple CEO @tim_cook on the need to ensure that contact tracing apps are fully:
âœ”ï¸anonymised
âœ”ï¸voluntary
âœ”ï¸transparent
âœ”ï¸temporary
âœ”ï¸secured
and interoperable across operating systems and borders.#Deconfinement apps must respect our #privacy. pic.twitter.com/VrnUXOsrat

Contact-tracing technology uses Bluetooth to decipher if a person has been in contact with someone who has tested positive for COVID-19. An app alerts the user to this and they can then take appropriate action. Earlier this month, Apple and Google announced a partnership to develop such technology. The first stage of this involves releasing and API to allow various contact-tracing apps to communicate with one another. The proposed second stage involved having the technology baked into the operating systems of smartphones. Such technology is seen as a crucial part of loosening lockdown measures.