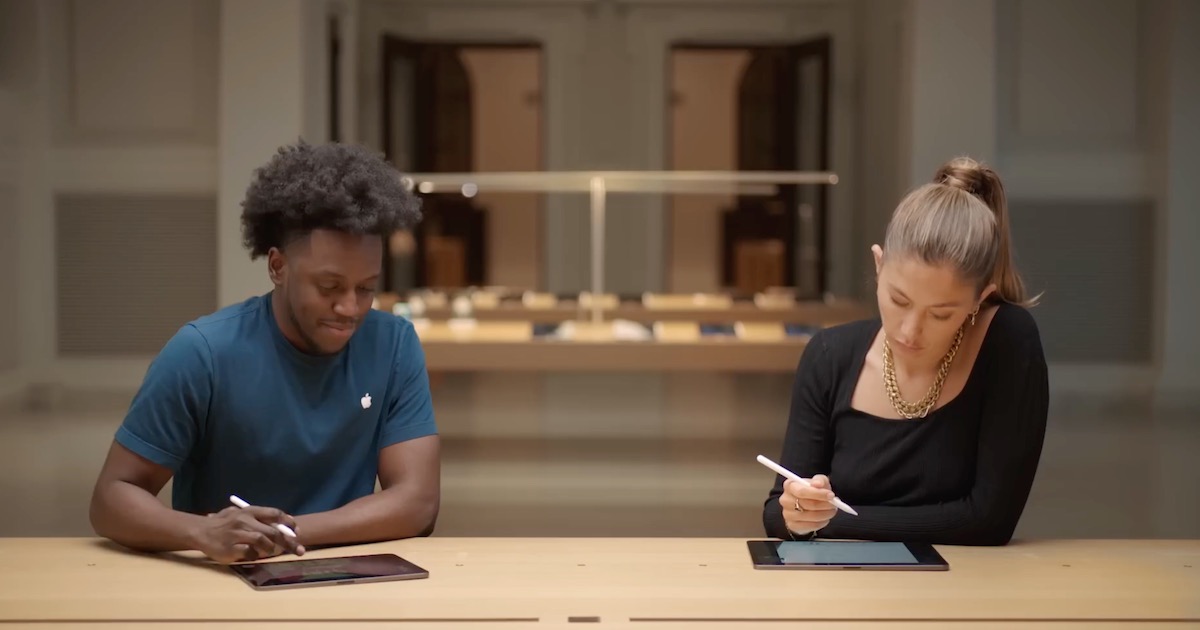 Apple shared its latest Creative Projects video with artist Quentin Jones showing how to make a mantra collage. Using the iPad and Apple Pencil, Jones shared her workflow for creating the collage and even turning it into an animated GIF.

Quentin Jones, a mixed-media artist, became famous for her quirky stop-motion animations. She has worked on various projects with fashion brands including Chanel, Victoria Beckham, and more. Jones also became famous for her short, black and white, surrealist videos. Given her breadth of talent and skill, she’s the perfect person to offer a video tutorial on how to use the iPad, Apple Pencil, and Keynote to create an inspirational mantra collage.

In the six-minute video, Jones’ tutorial video covers gathering images that should serve as inspiration for the personal mantra. The video shows how to organize these photos using Split View on the iPad.

After gathering the images, the second step is to write the words, or the mantra itself. The tutorial demonstrates isolating images from the rest of the elements in the photos. Jones uses the shape tools and Instant Alpha to remove negative spaces from images. Then she adds the words, the inspirational mantra, to the Keynote slides using the Apple Pencil.

Once finished doing the layout of the collage, she then turns it into an animated GIF using Keynote’s export to GIF functionality. After exporting the GIF, the finished project can then be saved on the iPad Photos app, ready for sharing on social media platforms.

Overall, the video shows how easy it is to create animated mantra collages that can be easily shared to various social media platforms and messaging apps. The tutorial is simple to follow and will be useful for those who want to learn simple multimedia creations.

You can watch the video on Apple’s YouTube channel. However, make sure to have your iPad with Keynotes installed ready to follow along with the lesson. Although the video tutorial does not require an Apple Pencil, having one will make things a lot easier. The video tutorial also features Creative Pro Anthony from Today at Apple.