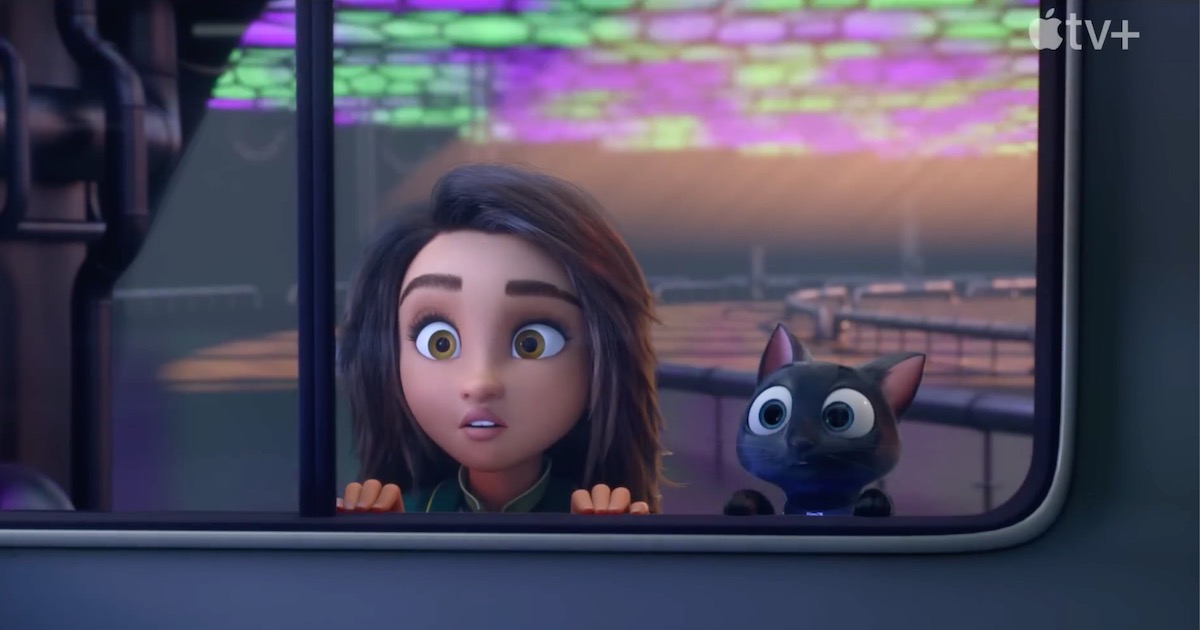 Apple has released the trailer of its upcoming animated feature film, Luck. Created by Skydance Animation after securing a deal with Apple, the film will debut exclusively on Apple TV+ starting August 5.

The Unluckiest Person Finds the Land of ‘Luck’

Luck tells the story of Sam Greenfield, billed as the unluckiest person in the world. Sam suddenly finds herself in the never-before-seen Land of Luck after following a talking black cat. The Land of Luck is a secret factory that manages all the lucky and unlucky moments that happen in the world. One doesn’t have to dig deeper to see its resemblance to the Monsters, Inc. Scare Factory. In fact, throughout the trailer, the film emits the Monsters, Inc. vibe. But we’ll get to the possible reason for that later on.

While stuck in the Land of Luck, Sam encounters various adventures involving magical creatures. There’s only one problem for Sam, humans shouldn’t be in the Land of Luck. So, Sam’s quest to turn things around involved disguising herself as a non-human. She does so with the help of the talking black cat.

As mentioned, Luck is an animated film that has certain similarities with Monsters, Inc. That’s understandable, considering John Lasseter, a long-time Pixar veteran, happens to head Skydance Animation. For those who are not aware, Pixar fired Lasseter in 2018 over accusations of workplace misconduct involving his female co-workers. Lasseter now works as a “creative visionary” of Skydance Animation. Incidentally, while still working with Pixar, Lasseter worked on animated hits such as Toy Story and Cars. The trailer shows traces of the Pixar influence brought on by Lasseter.

Luck is Skydance Animation’s first film to be featured on Apple TV+ as part of a multi-million deal with Apple. After Luck, a feature film entitled, Apple TV+ plans to release Spellbound  early next year. This will be followed by a TV series based on the Wondla children’s book series.

Luck will start streaming on Apple TV+ on August 5.