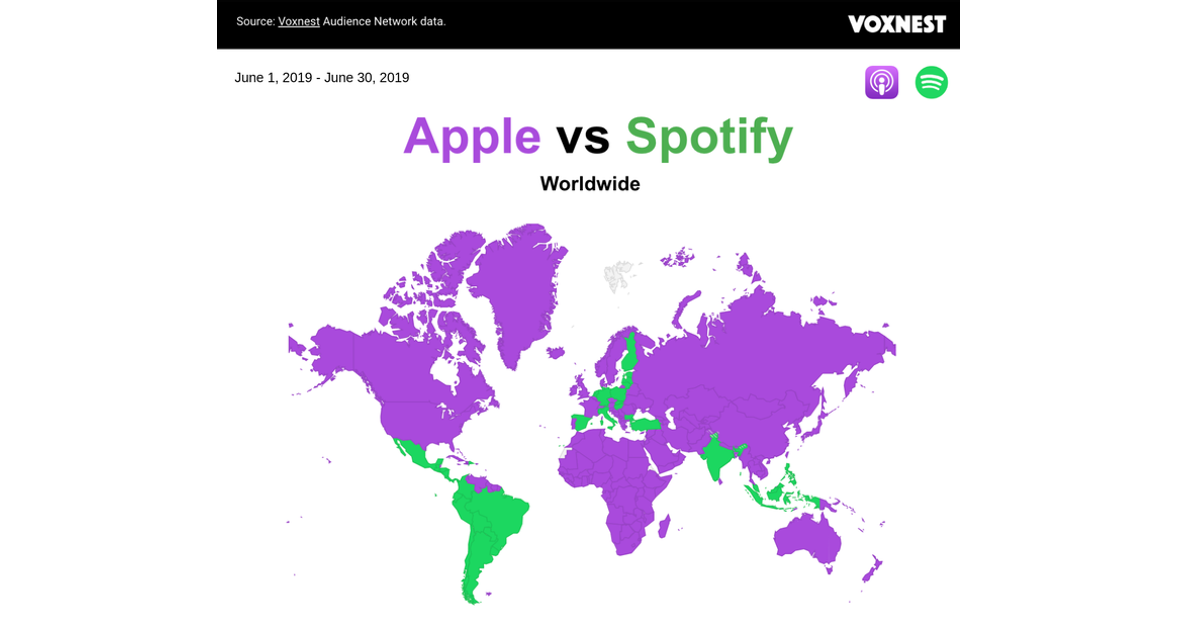 Spotify recently upped its podcasting game, making it a greater focus of its service. However, new data from Voxnest showed that Apple still dominates the field.

Apple is the main podcast platform in most countries around the world. However, Spotify is making some breakthroughs. It took over the Netherlands, Germany, and Bulgaria, during June the data showed.

“Because Apple has dominated podcasts for so long, some may be wary of Spotify’s ability to gain a significant share of voice in the industry,” Francesco Baschieri, President of Voxnest told TMO. “However, if Spotify continues down their current path — pursuing markets, like Germany, that are on the cusp of explosion and focusing on Android-strong geographies — it’s clear to see that they can truly rival Apple. Because iOS limits where Apple podcasts can be heard, Spotify may soon be the real contender. How will Apple hold on when it can’t compete in markets like Brazil where 90% of consumers are on Androids?”

It was revealed recently that Apple is to fund original podcasting. Spotify is doing the same – it even hired Barack and Michelle Obama!