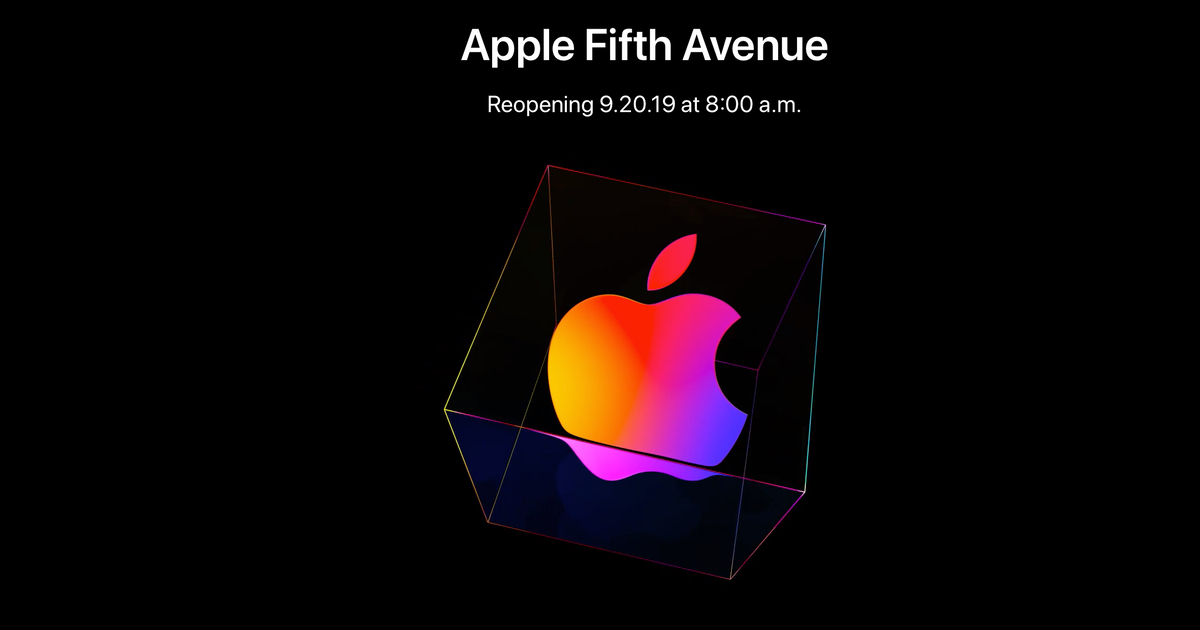 Apple Fifth Ave will reopen at 8 a.m. local time on September 20, 2019. The news came during the firm’s ‘By Innovation Only’ event Tuesday.

Deidre O’Brien, Apples head of retail + people, made the long-awaited announcement. The flagship store will re-open the same day new iPhones become available. At the event, CEO Tim Cook said he hoped to see people there. No surprise that it seems he will be heading along to the opening.

Apple Fifth Ave has been redesigned and is now even bigger. In fact, it will be the biggest Apple Store in the world. The iconic cube at the front has also been given a rainbow-style, as recent pictures revealed. There is a new preview page for Apple Fifth Ave too. During the first week it is open again, the store will host special Today at Apple Sessions.