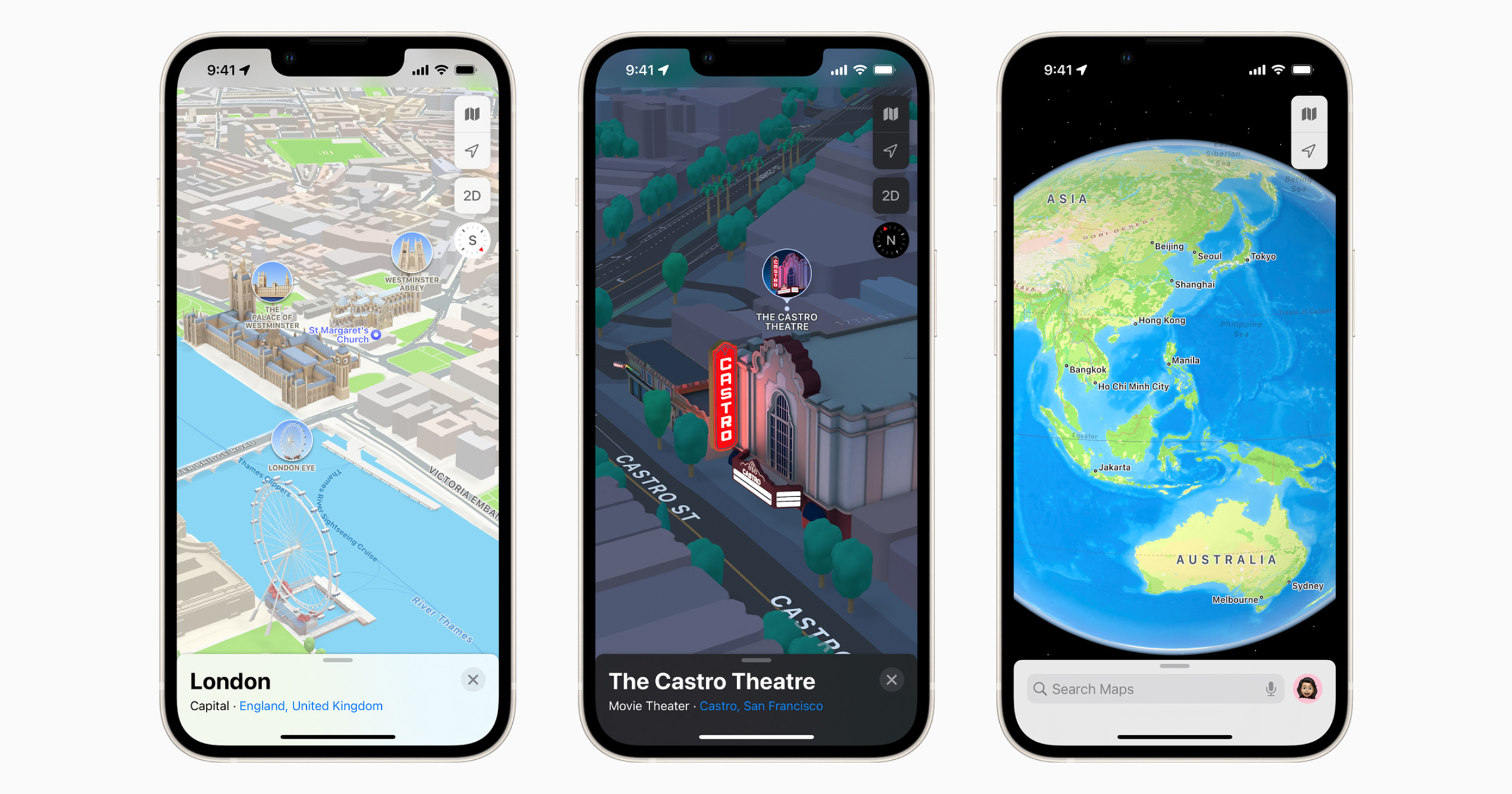 The new Apple Maps features are part of iOS 15. It now offers highly detailed maps in those cities which differentiate areas such as neighbourhoods, commercial districts, marinas, buildings. There is also nighttime mode. This will all be rolled out to Philadelphia, San Diego, and Washington, D.C later this year, and to Montreal, Toronto, and Vancouver, next year.

We are thrilled to offer the new Apple Maps experience. Maps is the best way to navigate the world: It is easy to use, beautifully designed, and built with privacy at its core. With this update, we are pushing Maps even further, providing more ways for users to discover the natural beauty of the world and explore cities through a new 3D view. Our goal has always been to build the best and most accurate map in the world. The upgrades in Apple Maps are a continuation of that effort, with features and an attention to detail that only Apple can deliver.