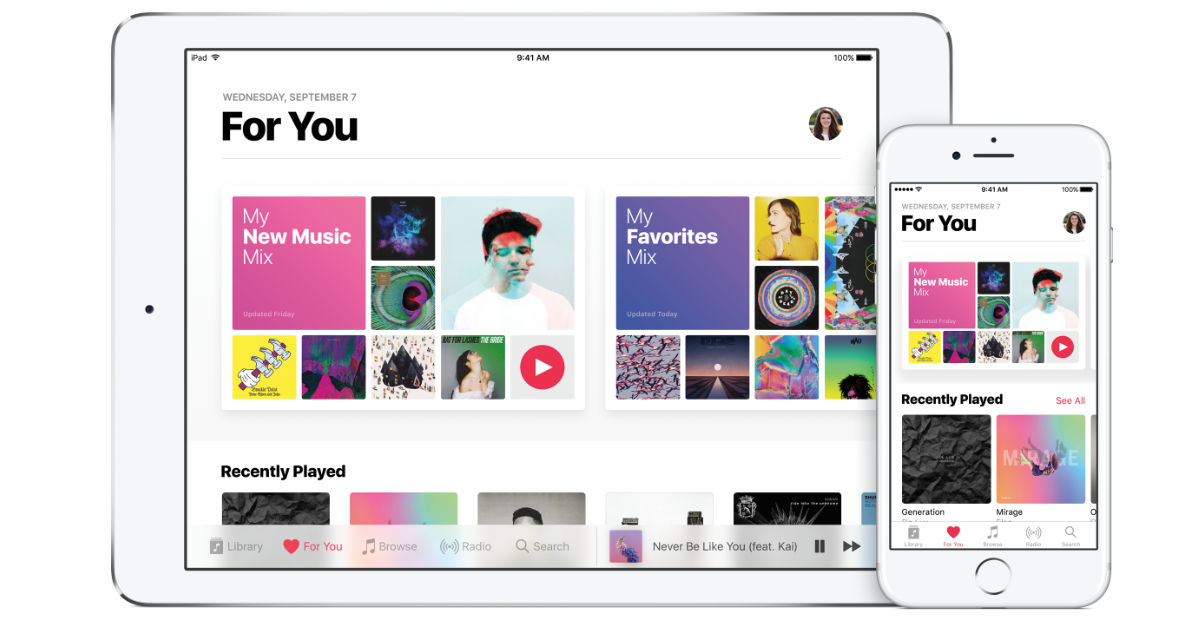 The company’s streaming music service launched 18 months ago as a Spotify and Pandora competitor, and has been steadily gaining subscribers ever since. Apple Music subscriber numbers climbed to 11 million in February, and were up to 13 million by April, and then 17 million by September.

Apple senior vice president of Internet Software and Services Eddy Cue told Billboard he wants to see Apple Music grow even faster, and he sees a market that still relatively untapped. He said,

We can’t forget that, as an industry, we still have very few music subscribers. There are billions of people listening to music and we haven’t even hit 100 million subscribers. There’s a lot of growth opportunity.

Apple isn’t the only company looking to take a big slice of that pie. Amazon and Google are both in the game now, iHeartRadio is getting in on the action, and now Pandora is making a new push with its Pandora Premium service.

Finding ways to draw in and keep those subscribers will be something of a trick and price most likely won’t be the way to do it. Pricing seems to be settling into a fairly standardized pattern, so services will have to rely on other ways to draw in users, and Apple may have an advantage there—at least with Mac and iOS device users.

The Apple Music app is part of iTunes on the desktop, and it’s a bundled app on the iPhone, iPad, iPod touch, and Apple TV. Since potential subscribers don’t have to download any apps to use Apple Music the barrier to entry is much lower. Couple that with a three-month free trial, and it’s easy for many subscribers to jump on board regardless of any exclusive content deals Apple may have.

Apple Music is still trailing behind Spotify, but is hitting subscriber milestones in months that took years for Spotify to reach. Apple most likely won’t overtake Spotify’s lead this year, but it’s a safe bet Spotify is watching Apple Music’s progress closely.