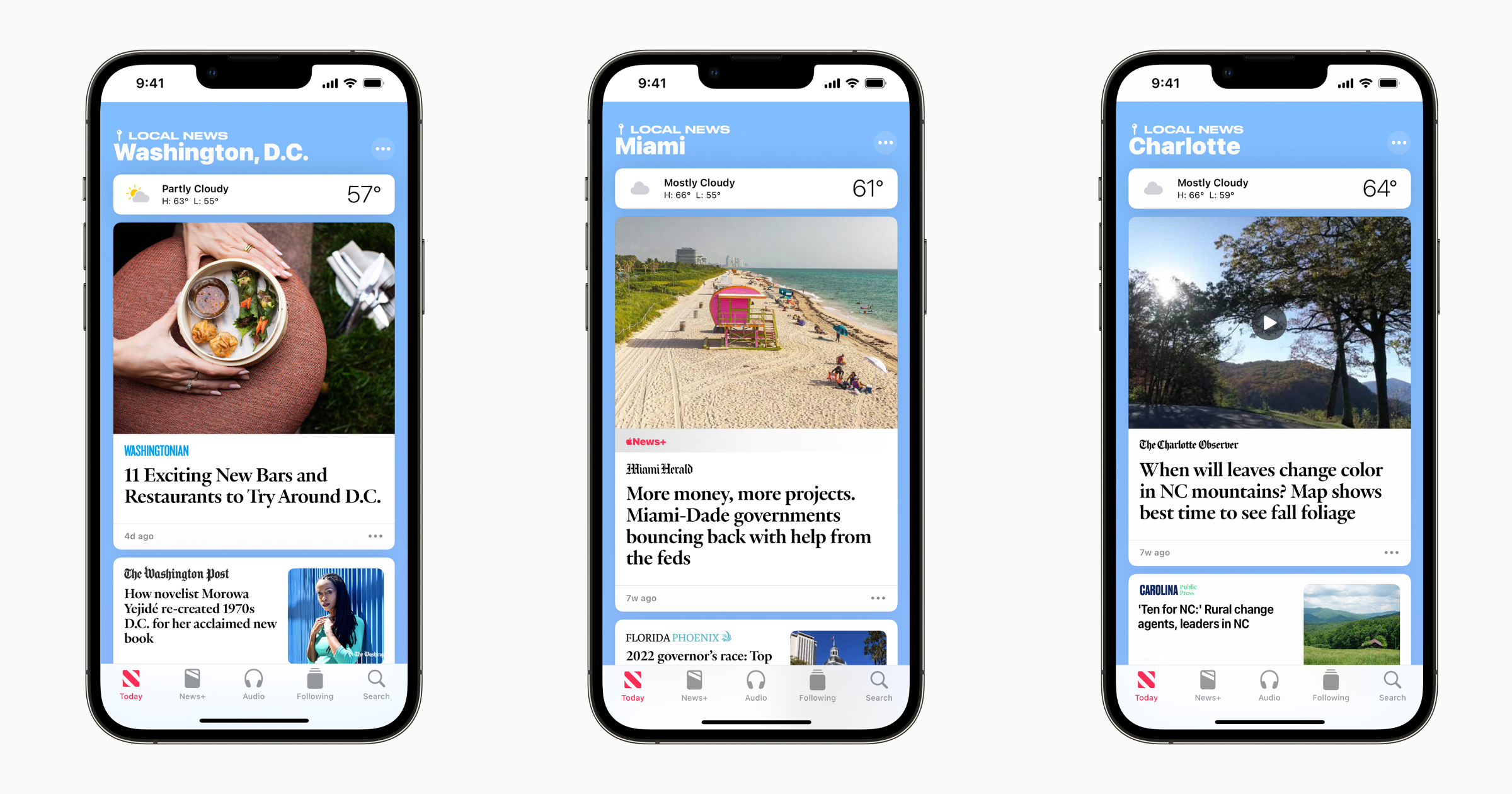 Apple News has expanded its local news offering to three new U.S. cities, it announced Tuesday. The service will now be available in Charlotte, Miami, and Washington, D.C.

Apple News editors curate content deemed to be important to local communities. This encompasses everything from restaurant openings and real estate information to coverage of big policy decisions. Publications involved in this expansion include:

At Apple News, we know that access to trusted local news is critical for communities, and an important resource for a national audience as well. We are committed to working with local publishers across the country to support their journalism and offer our users local coverage in the cities and regions they care about.

Apple New local experiences started in Bay Area, Houston, Los Angeles, New York, and San Francisco in 2020. They subsequently expanded to Sacramento, San Antonio, and San Diego before this latest development. There are also plans to expand it further.
Furthermore, all Apple News readers can access the Thursday ‘Read Local’ compilation of local publication stories in the Today feed in the News app. The service was previously criticized for benefiting big media organizations while being of little help to local outlets.

‘Big Tech’ all want to be seen to be supporting quality media, as they are acutely aware technology disruption has challenged the sustainability of journalism. Quality journalism is seen as a common good, and tech companies do not want to be associated with making such businesses unsustainable. Google, Facebook and Apple all engage with this market. News is also utility: people tend to frequently look stuff up, and have stuff pushed to them. News drives loyalty. Local news ensures the service has greater relevance, and therefore likely more traction.

Mr. McCabe also noted that “local media is arguably the most vulnerable quality news provision of all, and with the biggest impacts. Local news media create unique content, not content that can be found elsewhere. News deserts disrupt democracy, as many research reports have shown.”  He said that Apple is assuming the benefits from creating a local news product for its users outweighs the extra effort involved.”
With that in mind, the question remains whether Apple New will expand its local offering beyond the U.S. and into key media markets like the UK in the not-too-distant future.
[Updated to include comments from Douglas McCabe and speculation on future international expansion.]