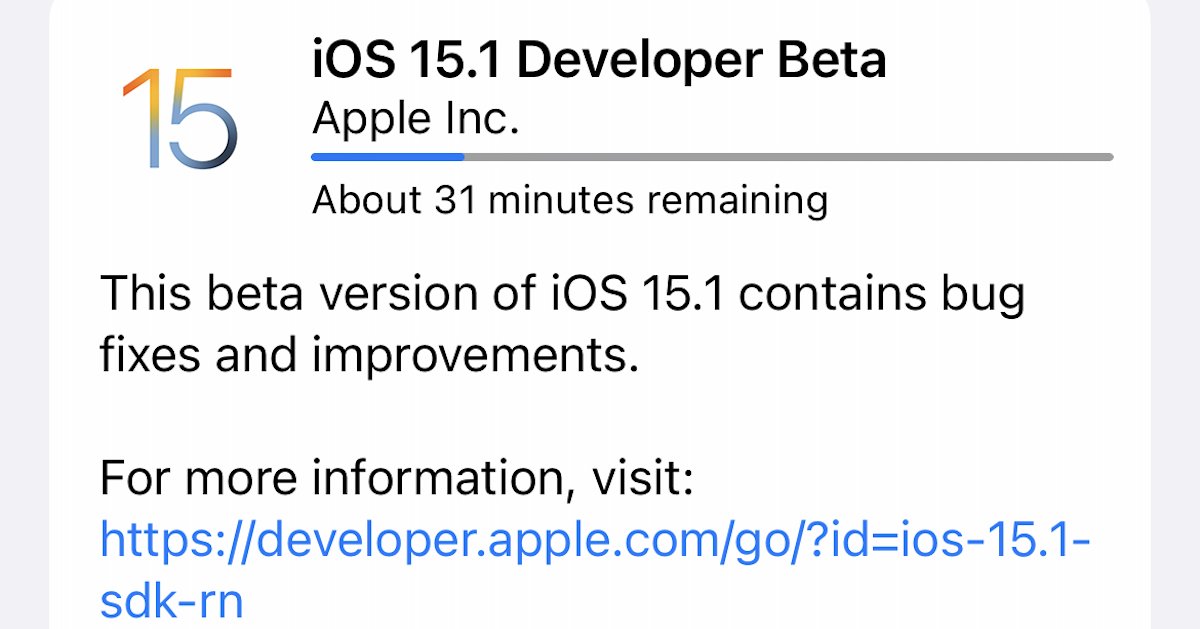 Just one day after the full release of iOS 15, Cupertino has another beta ready for the iPhone, iPad, Apple TV, and Apple Watch. The first developer betas for iOS 15.1, iPadOS 15.1, tvOS 15.1, and watchOS 8.1 have begun rolling out.

Bug Fixes and Improvements, but What Else?

It’s still too early to tell what Cupertino has baked into the iOS 15.1 beta. However, a couple of features were notably absent from the public release of iOS 15. The highly anticipated SharePlay feature didn’t make the cut.

SharePlay will allow users to listen to music and watch TV and movies with their friends in real time via FaceTime. Beginning with iOS 15 developer beta 6, however, Apple disabled the feature. Cupertino said “SharePlay will be enabled for use again in future developer beta releases and will launch to the public in software updates later this fall.”

As we discover what’s new and different in iOS 15.1 beta, we’ll be sure to keep you up-to-date.

Getting the iOS 15.1 Developer Beta

Those already enrolled in the developer beta program can get the newest build via the Apple Developer Center. If you still have the beta profile installed on your device, you might be able to access it over-the-air already; just go into Settings > General > Software Update to check.

Apple typically releases public betas within a few days of the developer builds. Check the Apple Beta Software Program website to enroll in the program. With that said, Mac Observer does not recommend installing the beta on any mission-critical devices. There are sure to be bugs and idiosyncrasies that might interfere with your day-to-day use of the device.