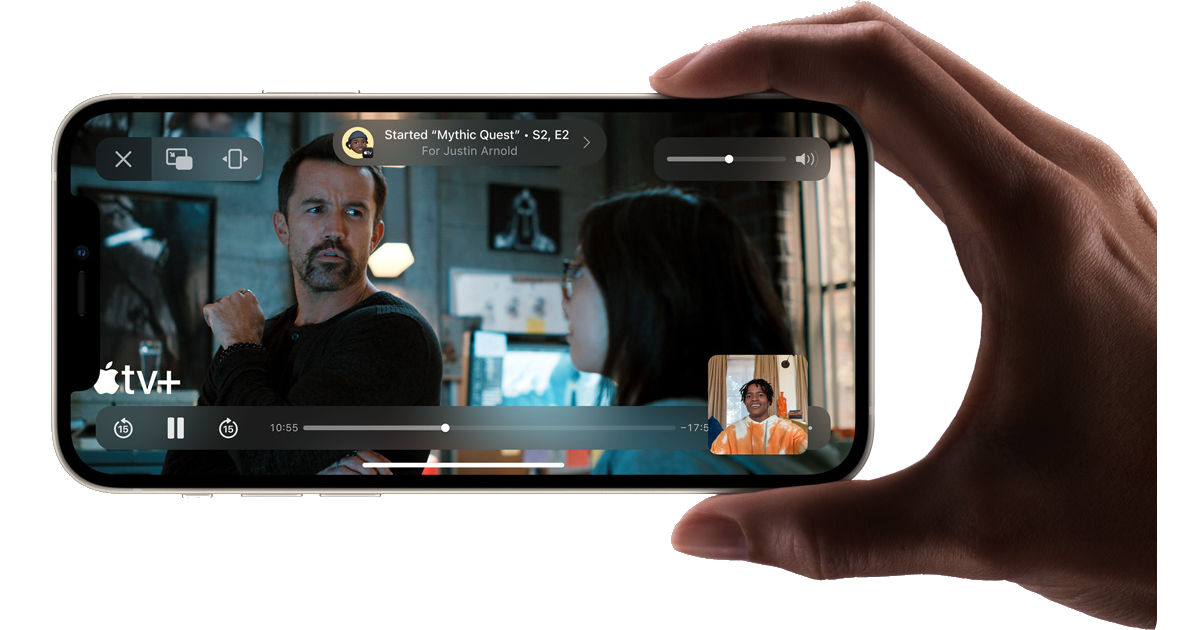 If you’re planning on using SharePlay to watch movies with friends who aren’t with you, think again because the feature won’t be available when Apple releases iOS 15 and iPadOS 15 this fall. Apple dropped the news on developers Tuesday afternoon.

SharePlay is a feature that lets users listen to music, and watch TV shows and movies with friends in real time via FaceTime. It’s similar to Teleparty and features in Houseparty that let you stream movies in sync with friend who are in different locations.

In an email to developers, Apple said,

Apple didn’t say why SharePlay is being temporarily disabled and delayed, but did make a point to sing its praises with talk of a “high level of enthusiasm” from the developer community.

SharePlay will be available in future developer betas. It won’t be available in the initial public releases of iOS 15, iPadOS 15, tvIS 15, and macOS Monterey, but will show up in an update at some point this fall.