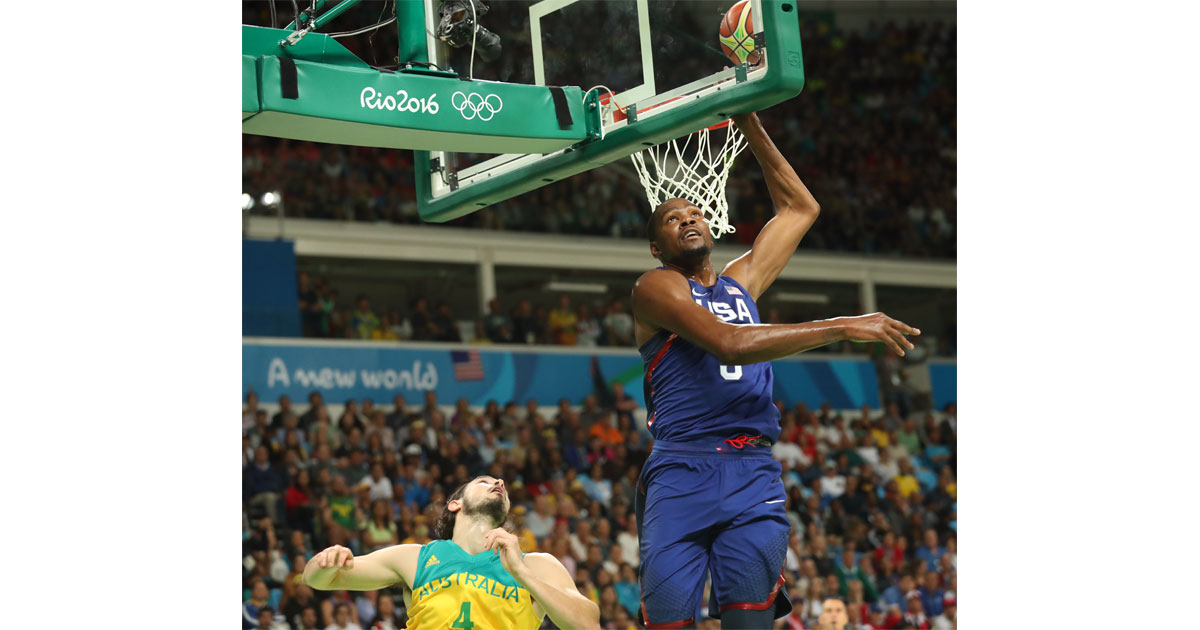 Apple is developing an original series based on the early career of NBA superstar Kevin Durant. According to Variety, the show will be titled Swagger, and it will be produced by Brian Grazer and Ron Howard’s Imagine Television along with Durant’s Thirty Five Media.

Kevin Durant is a two-time gold medal Olympian, and he was the NBA Rookie of the Year and the NBA’s Most Valuable Player. Oh, and he plays for the Golden State Warriors, beloved of Apple senior vice president Eddy Cue.

This is a different kind of show for Apple’s video executives Jamie Erlicht and Zach Van Amburg. The two have signed a number of high-profile dramas, including a show with Reese Witherspoon and Jennifer Anniston, a space opera from Ronald D. Moore (Squuuueeeee!), a reboot of Amazing Stories, and several more.

According to Variety, Swagger was, “inspired by Durant’s youth basketball experiences. It will explore the world of Amateur Athletic Union (AAU) basketball and the lives of the players, their families, and coaches.”