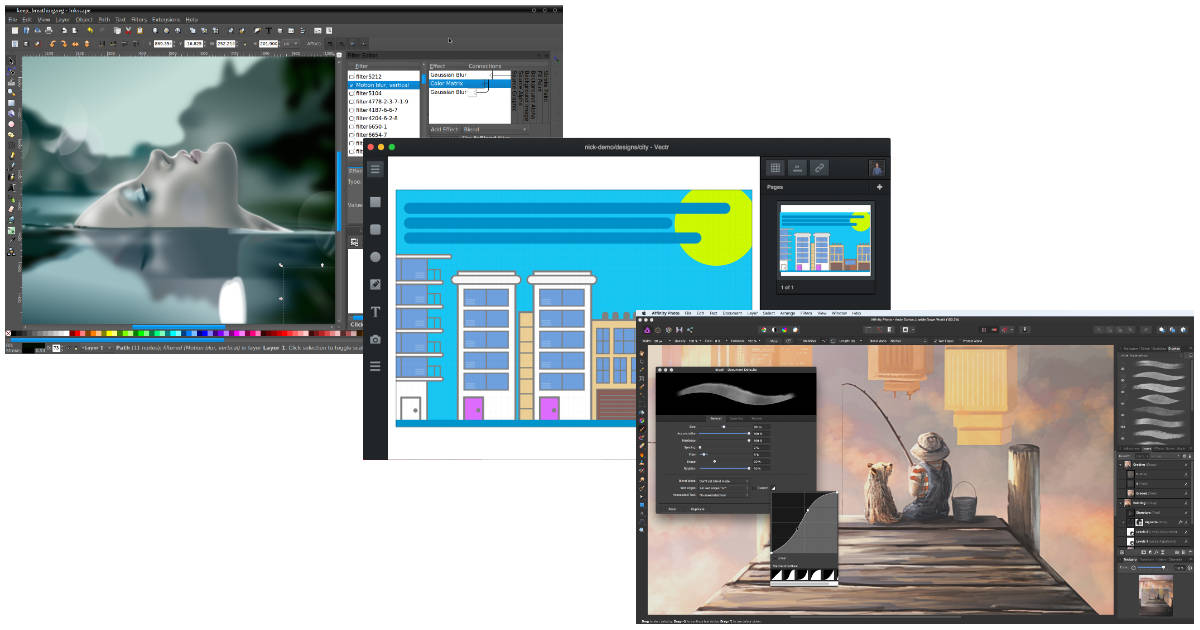 Creating vector-based graphics on the Mac isn’t just Adobe Illustrator’s purview. We rounded up a few great alternatives that let you make your own vector art without breaking the bank.

No vector graphics app is completely intuitive, but Affinity Designer comes close. It’s easier to learn than Illustrator even though the app’s feature and tool set is surprisingly complete. It includes adjustment and mask layers, blending modes, a handy split screen mode for displaying your art in different views, responsive design support, and more. Affinity Designer costs US$49.99 and is available on Apple’s Mac App Store.

Inkscape is a surprisingly full-features vector graphic editor app, and it’s free. The app was conceived as an open source alternative to Illustrator, and does that really well. Since it’s open source, new features are being added all the time. If you have the coding skills you can contribute to Inkscape’s feature list, too.

Vectr is another free vector art app, and it’s much easier to learn than Illustrator. The trade off is that it isn’t a feature-rich as some other options, but that’s OK because the tools beginners and casual users are all there. They offer an app you can download, or a Web interface. The developers say Vectr will always be free, and a paid pro account option with a built-in marketplace is coming at some point.