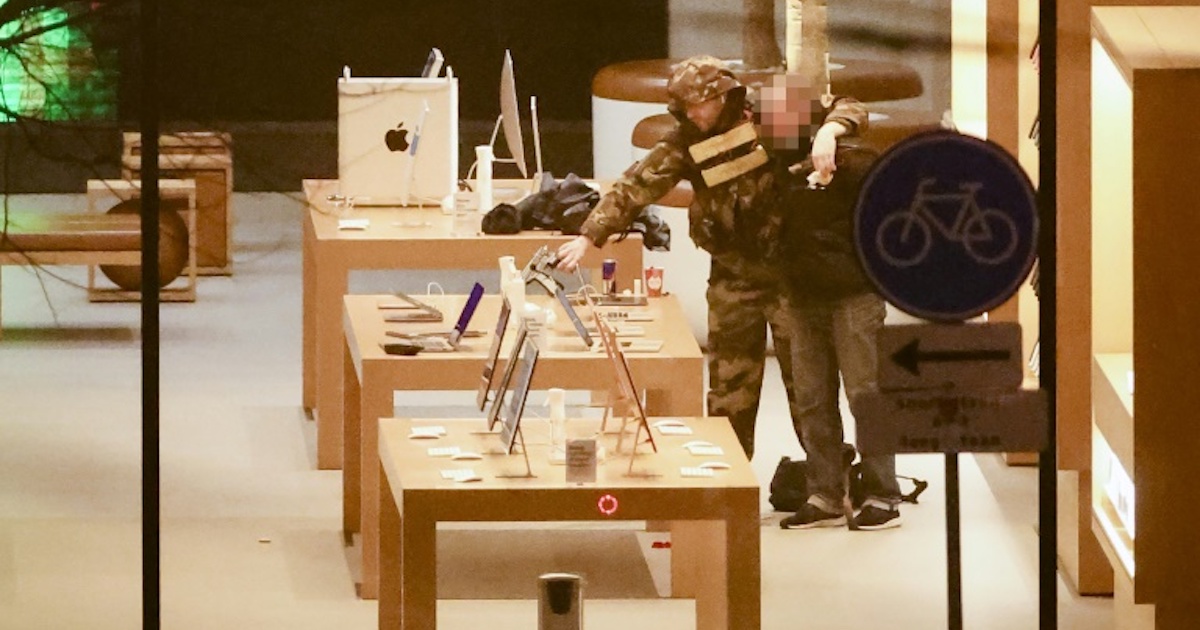 Abdel Rahman Akkad, the young man who held a hostage at gunpoint Tuesday for five hours, has died. After walking into the Apple Store on Leidseplein in Amsterdam with two firearms, he kept the world on pins and needles until his heroic hostage ran out the door. Akkad chased him, and a police SUV struck him down.

After police ended the standoff by running into the Apple Store hostage-taker with a BMW SUV, the 27-year-old never regained consciousness. At his mother’s request, lawyer Jan-Kees van den Brink informed Het Parool of the suspect’s death. “He was no longer approachable and has since passed away,” said van den Brink.

The lawyer had assisted Akkad several times in the past in criminal cases. Since Akkad never regained consciousness, van den Brink spoke on behalf of the man’s mother, not his former client.

A Troubled Past Ends in Tragedy

Akkad had several run-ins with law enforcement in the past. Past charges included weapons possession and assault. Those familiar with the man said he “regularly displayed confused behavior”.

When Akkad’s instructed his hostage to retrieve water from a police robot, the Bulgarian man ran instead. Akkad gave chase, and was run down by the police SUV. He was taken to the hospital with serious injuries, and van den Brink says the young man never regained consciousness.

“The most important thing now is that Abdel Rahman’s mother asks the press to leave the family alone,” said Van Den Brink.

Apple Comments on the Events

Apple did issue a comment on the hostage situation, after it came to its conclusion. In a statement to TechCrunch, the company reported that all employees and customers were safe “after this terrifying experience”.

The Cupertino-based company also thanked local law enforcement for their work and ongoing investigation. Apple has not yet responded to a request for comment on the suspect’s death.