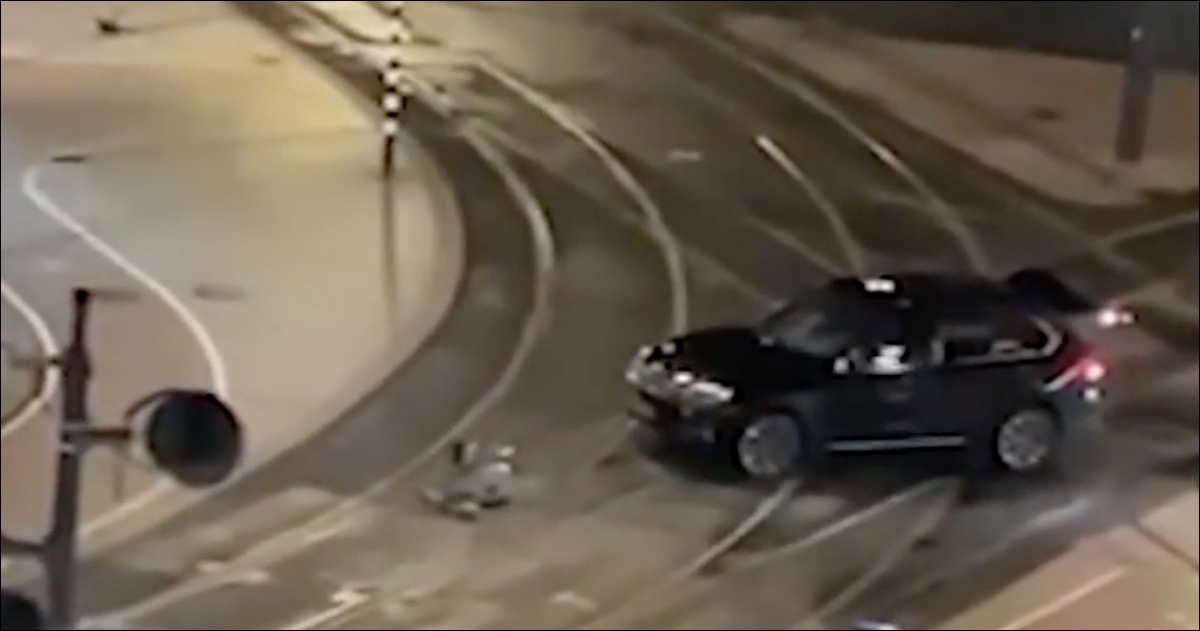 On February 22, an armed suspect held one person hostage at an Apple Store in Amsterdam. The terrifying event lasted for about six hours. The ending turned out to be like a scene straight out of Hollywood. The action-film ending included police actually knocking the suspect to the ground with an SUV.

All About the Bitcoin, Apparently

The man, a 27-year-old delivery driver for Netherlands supermarket AH, parked his delivery van in front of the Apple Store in Leidseplein, Amsterdam. He entered the retail store dressed in camouflage, wearing a jacket he later claimed was stuffed with explosives. (It was, but police say they were not ready to detonate.)

What the suspect, Abdel Rahman Akkad, did have was a pistol and a semi-automatic weapon. He fired at least four times at the first officers responding to the attempted robbery. Then he grabbed a 44-year-old Bulgarian customer and held him at gunpoint for five hours.

Eventually, Akkad demanded US$226 million in cryptocurrency, threatening to blow up the building if his demands were not met. Throughout the unfolding event, police were able to free around 65 victims. The hostage, Akkad, and four others hidden in a closet were all that remained.

At around 10:30 p.m., Akkad asked for water through the hostage negotiator. A robot delivered the water to the door, and Akkad instructed the hostage to get it. That’s when the hostage played, in the words of Amsterdam police commissioner Frank Paauw, “a kind of hero’s role.”

Rather than meekly bringing in the water, the hostage ran out the door and into the street. Akkad ran after him, and a member of an arrest team saw their opportunity. Driving a BMW X5 SUV, the team hit the throttle and rammed Akkad to the ground. At least one onlooker caught the final moments on video, shown below. Special thanks to reader Martjin Blokhuis for providing the tweet and other details from Netherlands news sources.