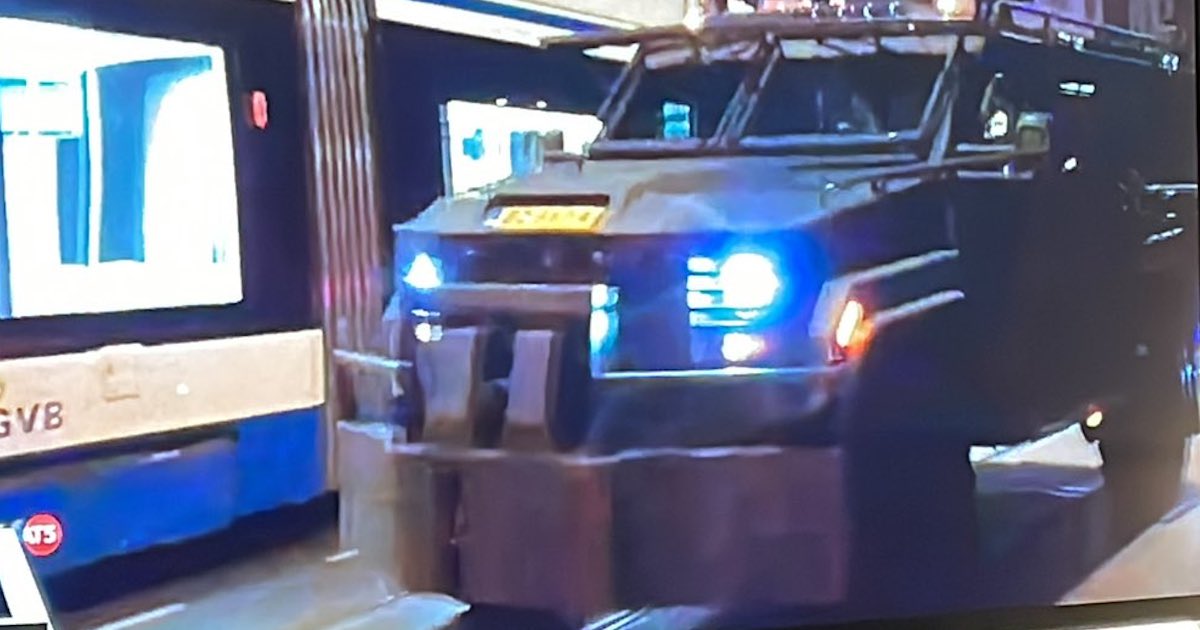 Updated 5:52 p.m. EST to report hostage has been safely freed

In an event still unfolding, a would-be robber of the Apple Store in Amsterdam has escalated the matter to a hostage situation. Social media shows a massive police presence around the retail location. Some say the Netherlands Army is responding.

Amsterdam police tweeted they had peacefully freed the Apple Store hostage. At 4:44 p.m. EST, officials announced the suspect was being examined by robots for explosives and the hostage was safely freed. 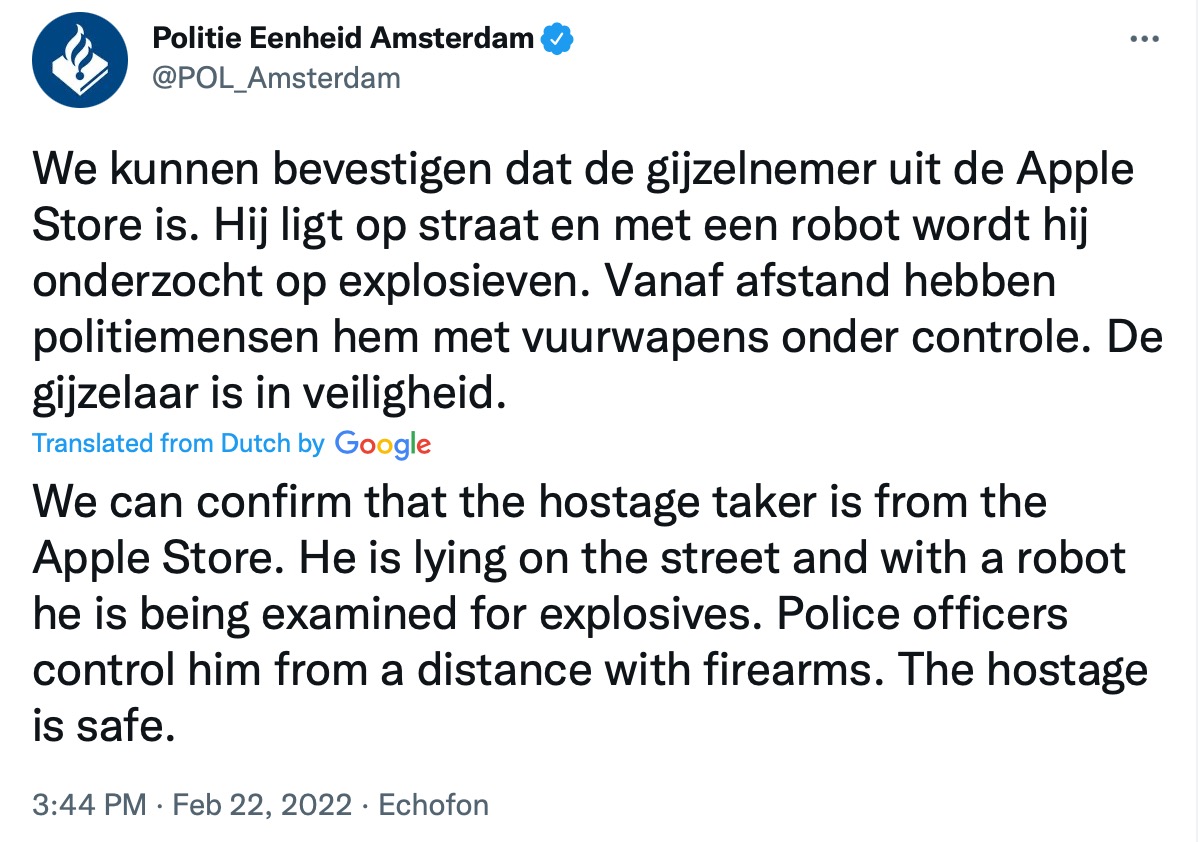 At approximately 5:40 p.m. Amsterdam time (11:40 a.m. EST), the armed robbery became a hostage situation. Reports and images confirmed someone holding one person at gunpoint. Social media is producing a wealth of videos and images showing the police response. Apparently, the Apple Store robber took a hostage when the tides turned against him. 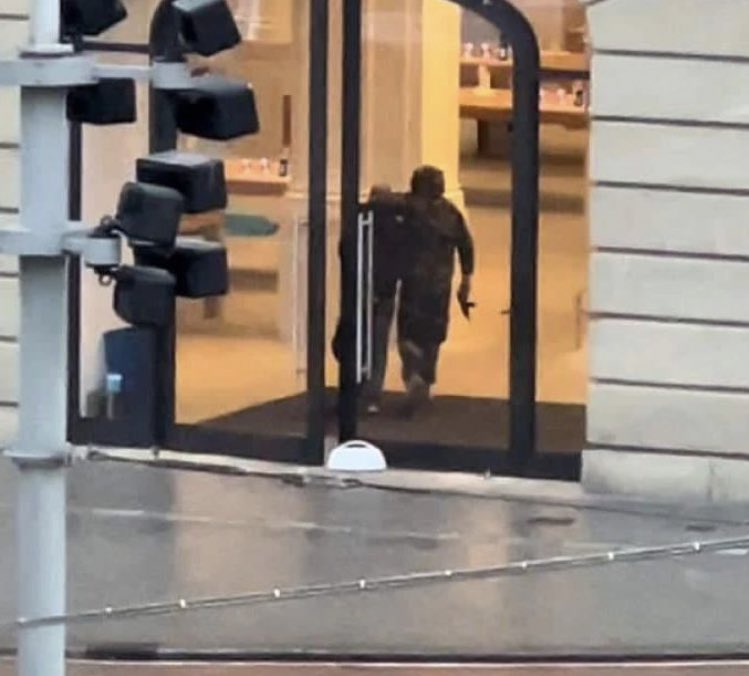 The footage shows a massive police presence near the Leidseplein Apple Store in Amsterdam. Authorities advised people in the area to shelter in place and avoid sharing additional video and imagery for the time being. One image, oddly enough, seems to show the hostage sitting, arms behind him, but with a firearm within easy reach. Reports are in that the suspect is demanding US$2 million in Bitcoin.

Authorities evacuated nearby buildings for the safety of everyone involved.

Amsterdam police say they cannot share further details about what they’re doing in response, to “ensure the safety of all people involved”. According to the police agency’s official Twitter account, though, several people have safely left the building.

According to local news outlet De Telegraaf, security forces are turning bystanders away from the scene. Apparently, the army has been called in to assist. Reports suggest that “dozens of people” have already been freed, but the armed hostage-taker and a hostage are still in the store.

One image published on social media shows the hostage-taker, a man dressed in a camouflage suit, holding one arm over the hostage’s shoulder. The alleged hostage-taker has a weapon, and several people reported hearing shots fired earlier in the day.

As of yet, there haven’t been any reported injuries or casualties. Hopefully it will remain that way, and Amsterdam authorities will find a peaceful resolution to the frightening situation. We will update this article as more details emerge.