[Update: Apple Support Communities were brought back online Thursday afternoon. As noted by Lee in the comments below, there aren’t any obvious changes on the front end. – Bryan]

Apple’s support forums are down. The company didn’t specify what it was doing, but the graphic put in place of the forums says, “We are busy updating Apple Support Communities for you and will be back shortly.” 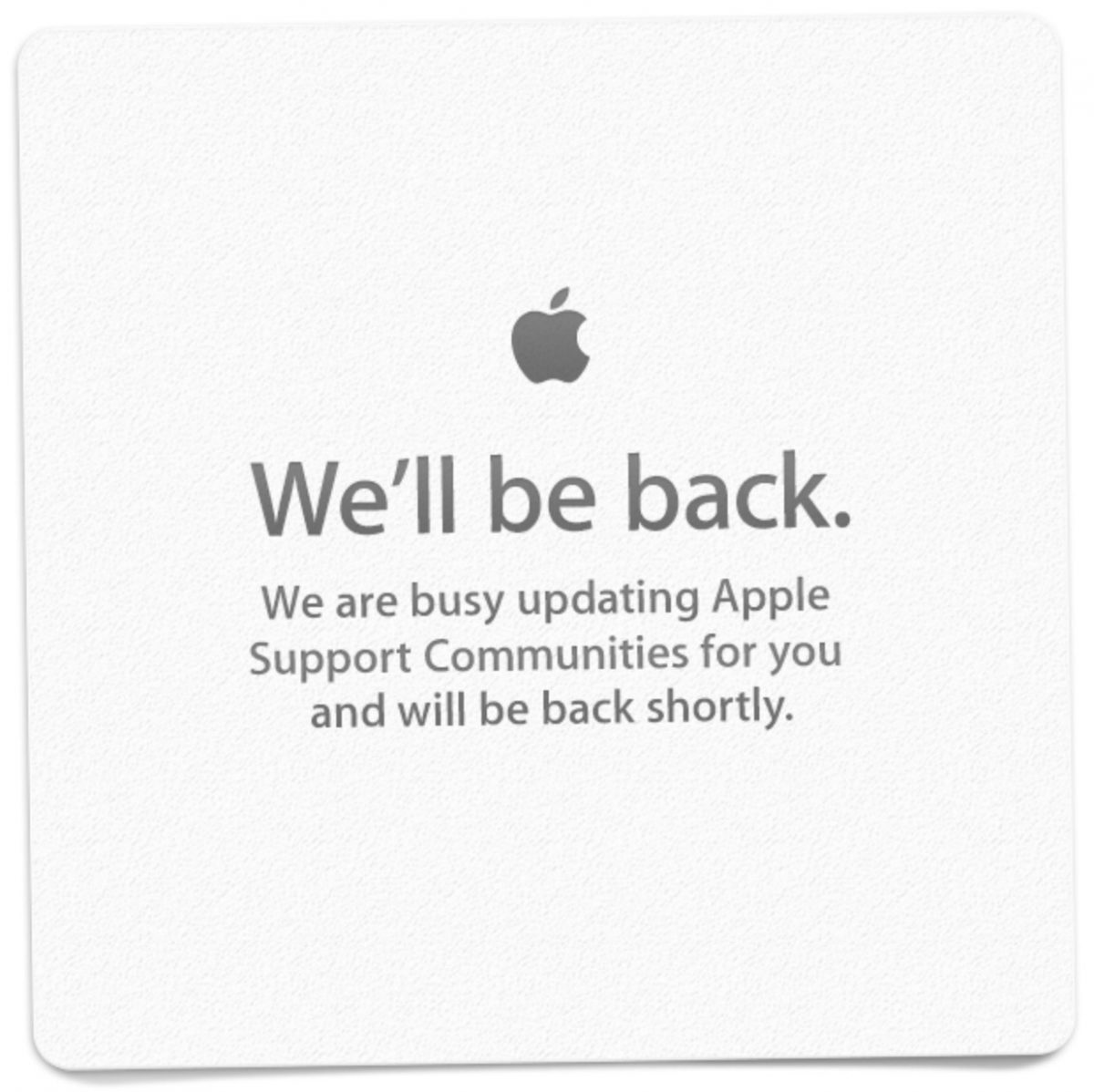 That message could mean Apple is adding features for users, modifying the back end, or both. Being mostly pedantic, one could even interpret “updating” to mean “fixing something that broke,” but I imagine Apple is bringing something new to its forums.

Apple Support Communities are quite active and popular with many of its customers. Folks use them to learn how to do things and to complain about problems they encounter with their devices and software.

We’ll update this post when they go back online.

I received an email last night, about 8:30 PM stating that my genius bar appointment was confirmed at an Apple store approximately 3000 miles from where I live. Oh, and I had not made a genius bar appointment of any kind. I called Apple and eventually I was told that they had made a mistake on their end. Maybe there was a system wide problem?

Thanks, Lee. I updated the piece accordingly. I don’t see any obvious changes, either. If anyone spots something new, please drop a comment.

It looks like the site is back up. As to an update, I didn’t notice any changes though I only took a cursory look at it.