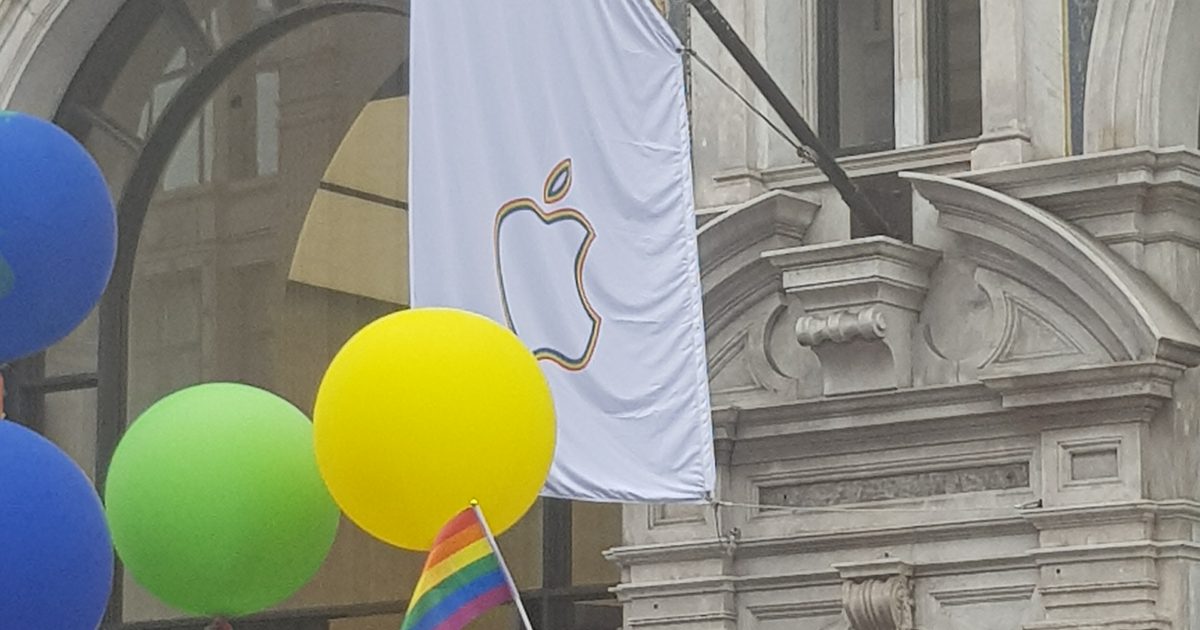 LONDON – Apple’s London flagship store got a rainbow makeover as the city celebrated Pride over the weekend. A number of major tech companies also took part in the parade. 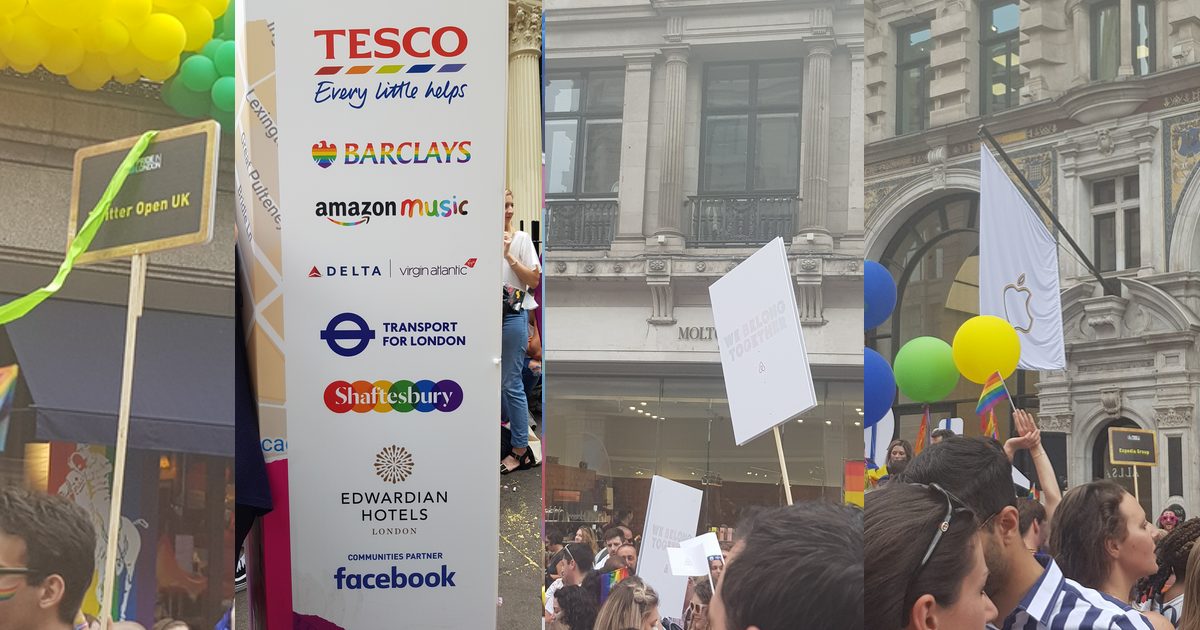 Around one million people hit the streets of London for Pride on Saturday. Amongst them were representatives of some of the world’s biggest tech firms. I saw floats and banners from the likes of Twitter UK, Airbnb and takeout delivery service Deliveroo. 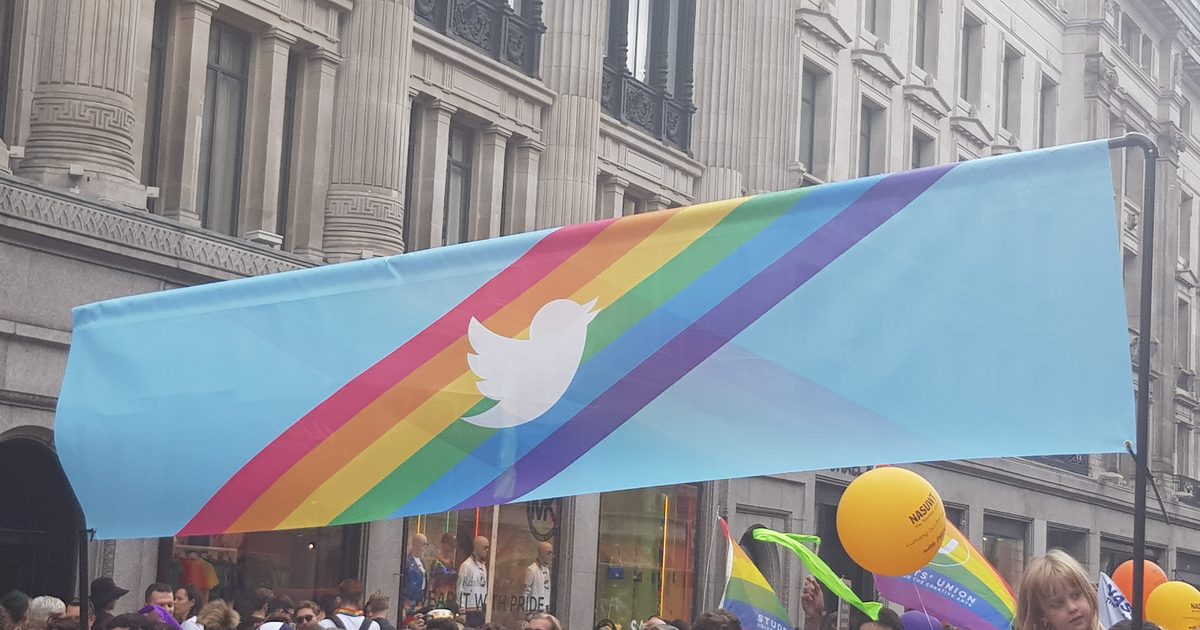 I did not see Apple representatives in the parade, however, that by no means they were not there. It is rather big and lasts a long time! The parade did though go past Apple’s London flagship store on Regent Street. The flag outside the store had been updated with the rainbow colours of the LGBT flat to celebrate the occasion.