The Events app on Apple TV got an update on Thursday ahead of next week’s Apple media event. The update will let viewers live stream Apple’s “There’s more in the making” event on October 30th, and replay the event later. 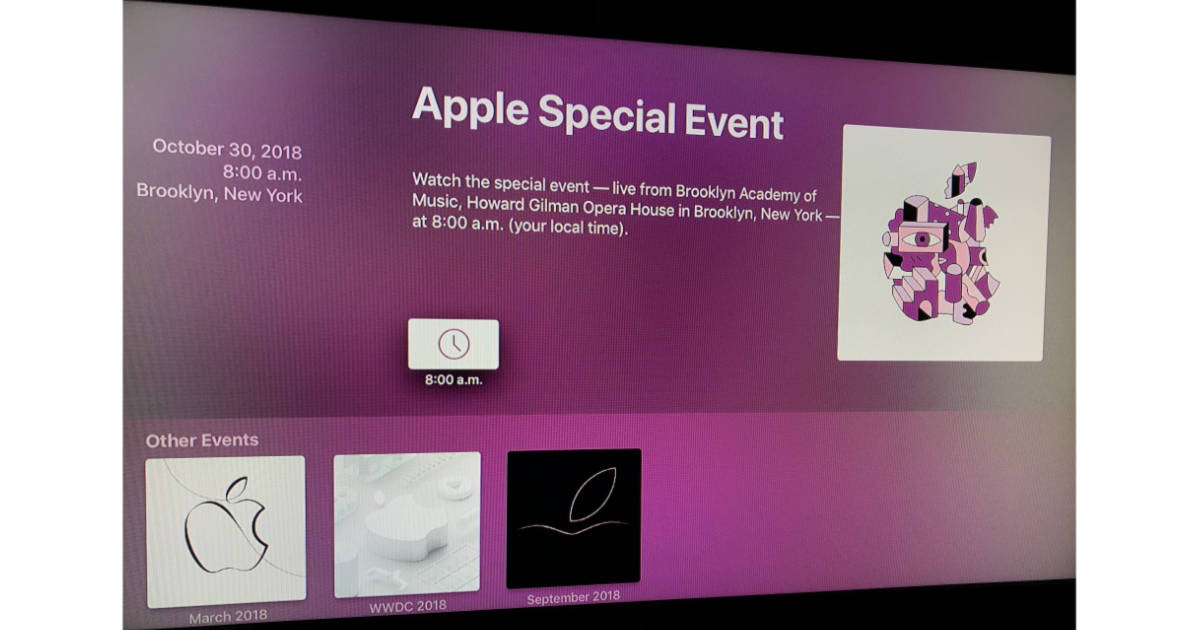 Apple is hosting a special media event at the Howard Gilman Opera House in Brooklyn at 8 AM eastern time on October 30th. Invitations for the event included the tag line, “There’s more in the making.”

The company is expected to introduce new iPad Pro models with Face ID support, thinner bezels, and USB-C instead of a Lightning port. We’ll likely see an updated Apple Pencil along with the new iPad models.

Reports are also claiming new iPad models will be unveiled at the event. If so, that could include a refresh for the iMac, a new MacBook, and possibly even a long overdue update for the Mac mini.

The Events app automatically updates, so you don’t need to look for any buttons or settings to get the new version.

Be sure to check in with The Mac Observer on October 30th for our coverage and analysis for all of Apple’s announcements.