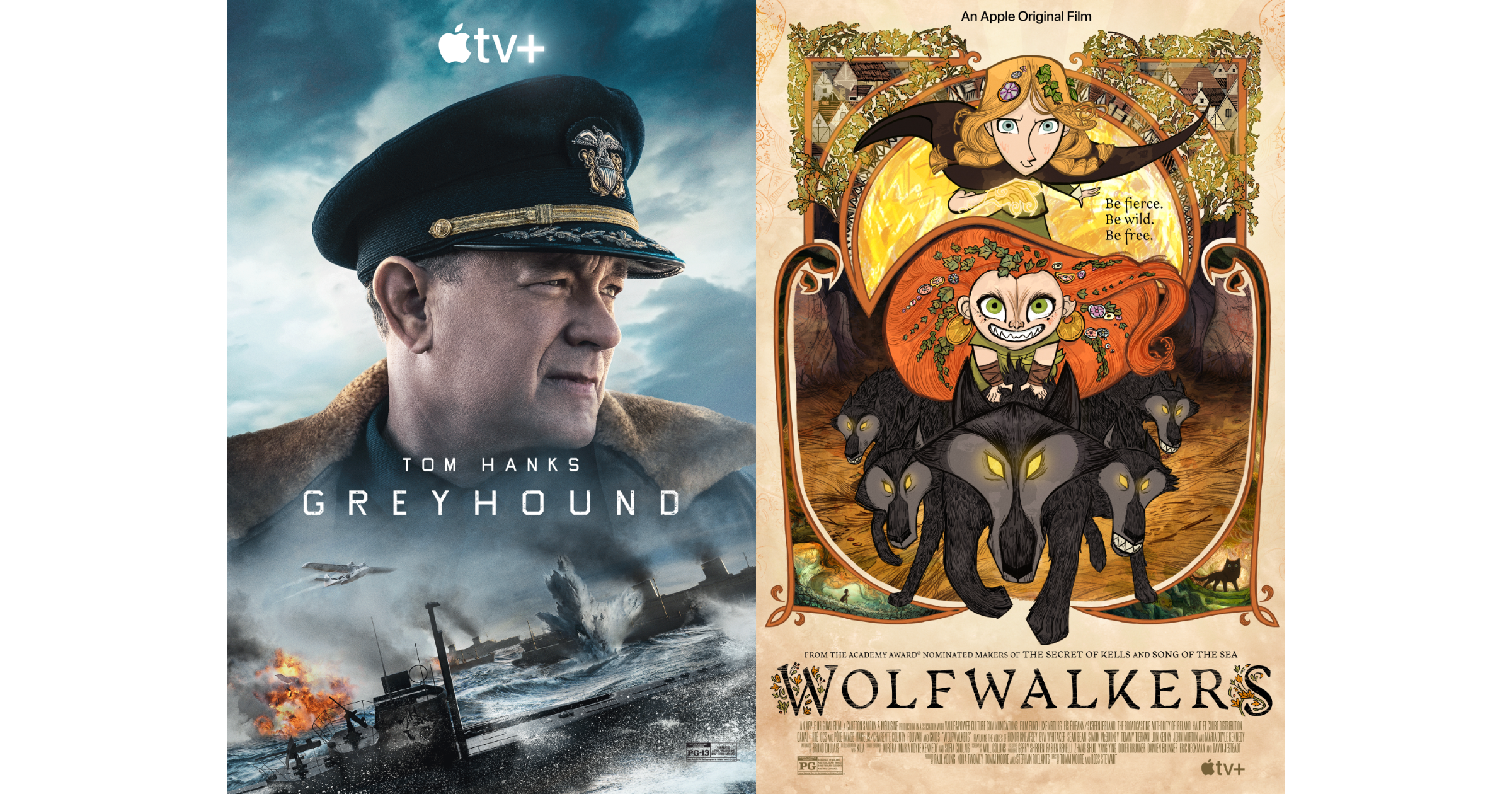 Apple TV+ picked up its first Oscar nominations on Monday. Both Greyhound and Wolwalkers were nominated for the 93rd Academy Awards.

Wolfwalkers was nominated in the ‘Best Animated Feature Film of The Year’ category.  It is up against the Disney double of Onward and Soul, plus Netflix hits Over the Moon and A Shaun the Sheep Movie: Farmageddon. Greyhound, starring Tom Hanks, was nominated in the ‘Achievement in Sound’ categroy. Warrne Shaw, Michael Minkler, Beau Borders and David Wyman are those named on the nomination. It is also up against Soul, as well as Mank, News of The World and Sound of Metal.

Both Apple’s head of Worldwide Video have commented on the nominations. Zack Van Amburg said:

Nothing is more exciting than seeing these unique and meaningful films resonating with both critics and audiences globally.We are incredibly proud of what we’re building at Apple, and to have these films celebrated in this way — and in such a short space of time — we’re humbled and thankful for the artists and filmmakers who have partnered with us.

We’re grateful for the Academy’s recognition of ‘Wolfwalkers’ and ’Greyhound’. We want to congratulate the filmmakers and the cast and crew who brought these brilliant stories to the screen, and to everyone who has championed these films around the world. We are excited to continue sharing exceptional storytelling from the most creative visionaries in the year ahead and beyond.

It is also woth noting that Boys State was named in the original longlist of 15 in the Documentary Feature category last month. However, it did not make it into the final list of nominees, losing out  to Collective, Crip Camp, The Mole Agent, My Octopus Teacher and Time.

The ceremony will take place on April 25.

[Updated with comments by Zack Van Amburg and Jamie Erlicht.]