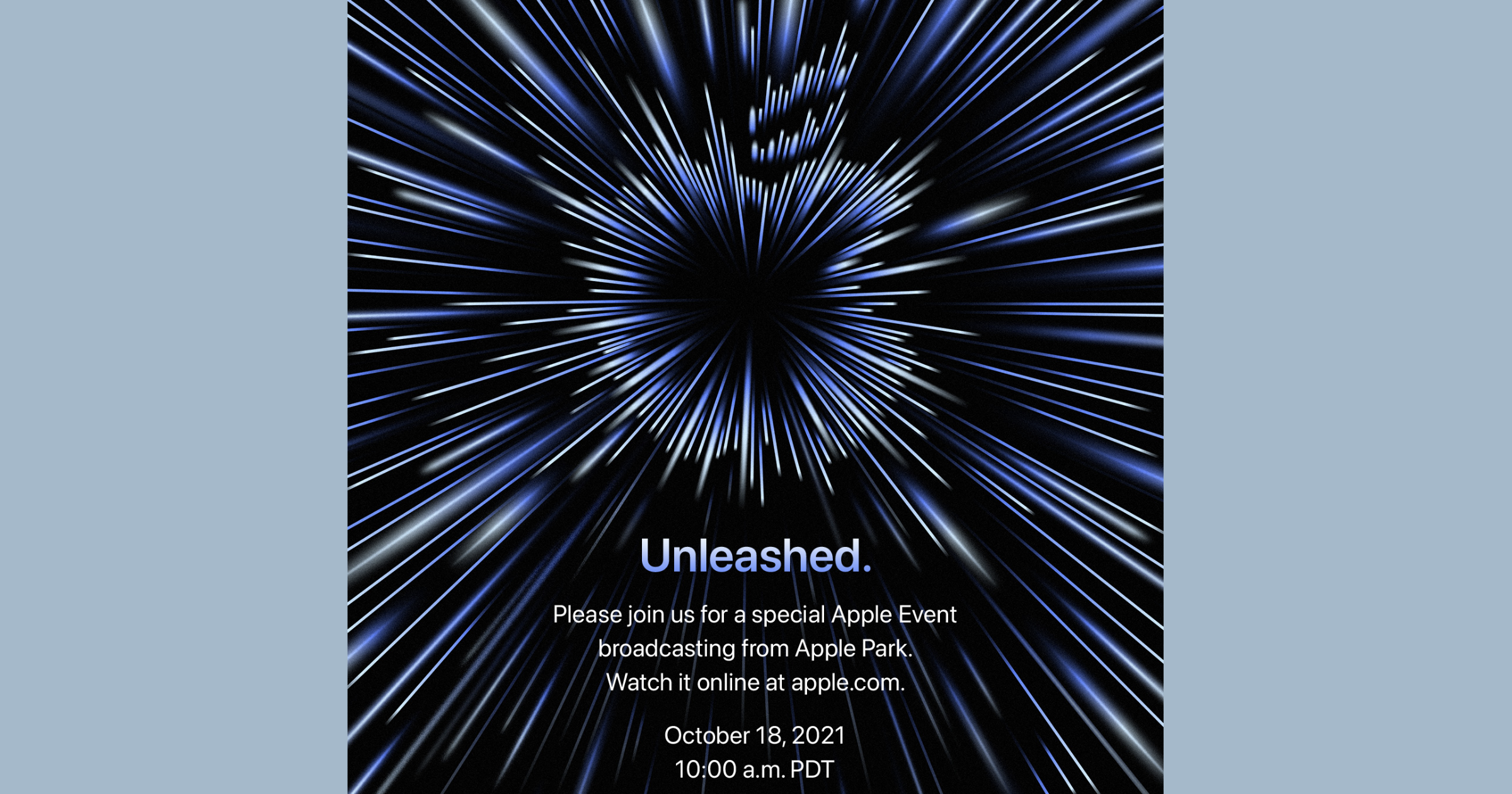 Apple announced Tuesday that it will hold its next event on Monday, October 18, 2021. Called ‘Unleashed’, the remote event will broadcast from 1 PM EDT/10 AM EDT.

What Can We Expect From ‘Unleashed’ Apple Event?

Rumors suggest that we will be hearing about new MacBook Pros and iMacs at the next Apple Event. There is also talk of a new Mac mini, according to 9to5 Mac. The title indicates to me that the next generation of Apple Silicon, either the M1X or M2 chip, will be unveiled. Surely we will also learn the release date for macOS Monterey and that any new device will ship with that operating system installed.

Unleashed! These next six days are going to speed by. #AppleEvent pic.twitter.com/0ops2bVPvl

There has been some expectation for while that AirPods will get an upgrade too, so that’s possible. I wonder though if Apple may wait until a little closer to the holiday season to do that, but it’s possible. The event was the subject of Monday’s Daily Observations podcast.