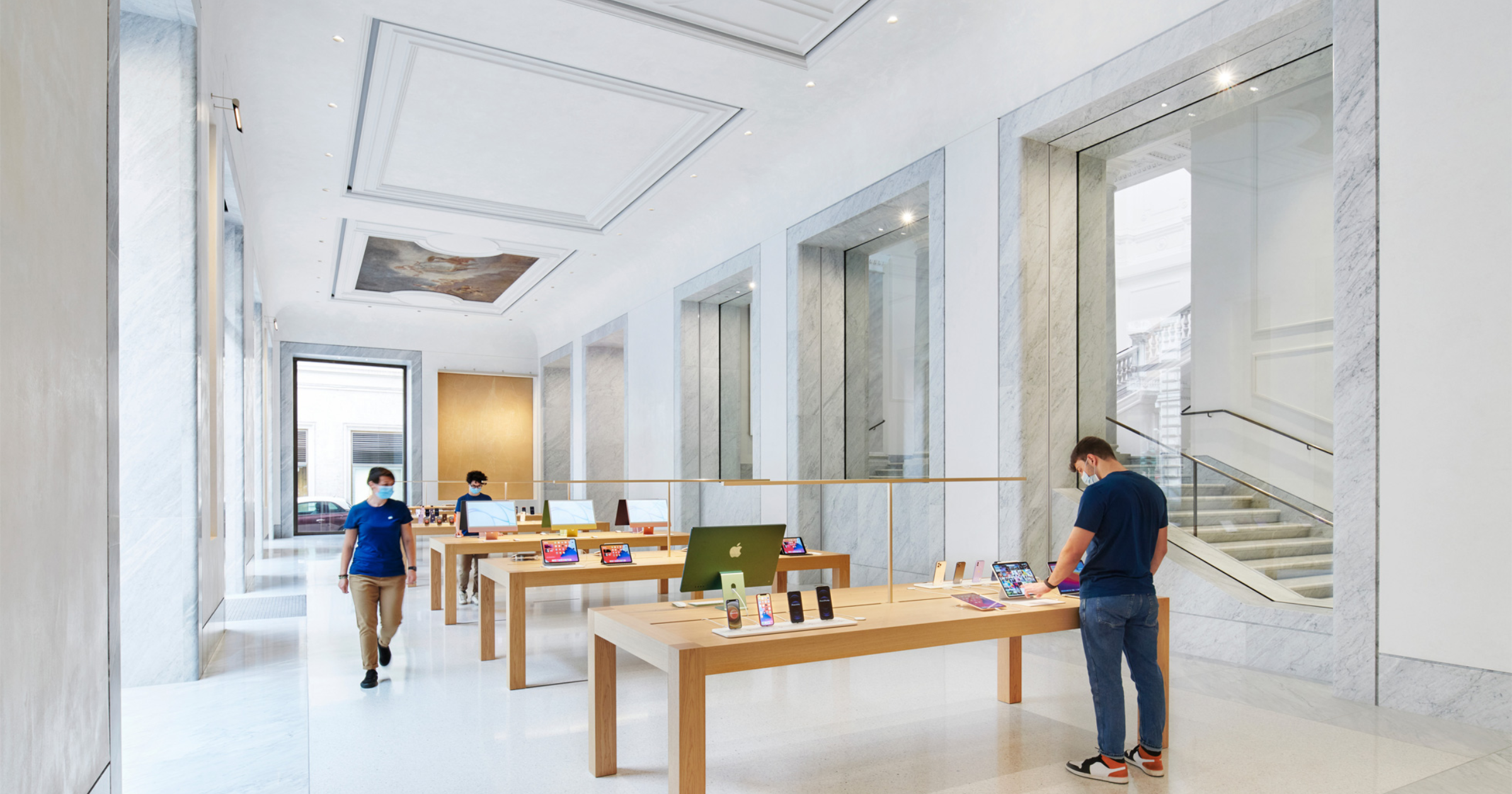 Apple Via del Corso in Rome, Italy will open its doors on Thursday, May 27, it has been announced. The store is located on the historic Palazzo Marignoli.

Apple Via del Corso will host the first-ever Today at Apple Made in Rome program. It will be led by 40 local artists and aimed at teaching and inspiring young people from the city. Today at Apple sessions on topics like photography and video, music, coding, art, and design will also take place at the store once such sessions can begin. Deirdre O’Brien, Apple’s senior vice president of Retail + People commented:

We can’t wait to begin a new chapter in Rome with the opening of Apple Via del Corso. The new store represents a celebration of the unique history and art of Roman culture, and we hope to inspire creativity among the local community with our Made in Rome program and future Today at Apple sessions.

The Palazzo Marignoli was originally constructed in 1873 by renowned architect Salvatore Bianchi. Architect Giulio Podesti later undertook a second renovation. It contained the home of Marquis Filippo Marignoli and Caffè Aragno, which was used by artists, writers, and actors. Indeed, some of the art showcased there has been restored and is incorporated in the new Apple Store. This includes multiple graffiti panels created by Italian painter Afro Basaldella in 1950. Fabio Cipolla’s “Dawn” and Ettore Ballerini’s “Dusk,” two large ceiling paintings that date back to the early 1900s, have also been restored. The new Apple Store has large glass windows that face Via del Corso, and it is centered around a courtyard contains native Camphora trees. There is an exterior landscaped terrace on the first floor filled with jasmine vines and olive trees. Meanwhile, the upper floor contains the Forum within the ballroom of the Marquis’s palazzo. This is where the Today at Apple sessions will take place. Next to that is a space for Apple Support and the Genius Bar.