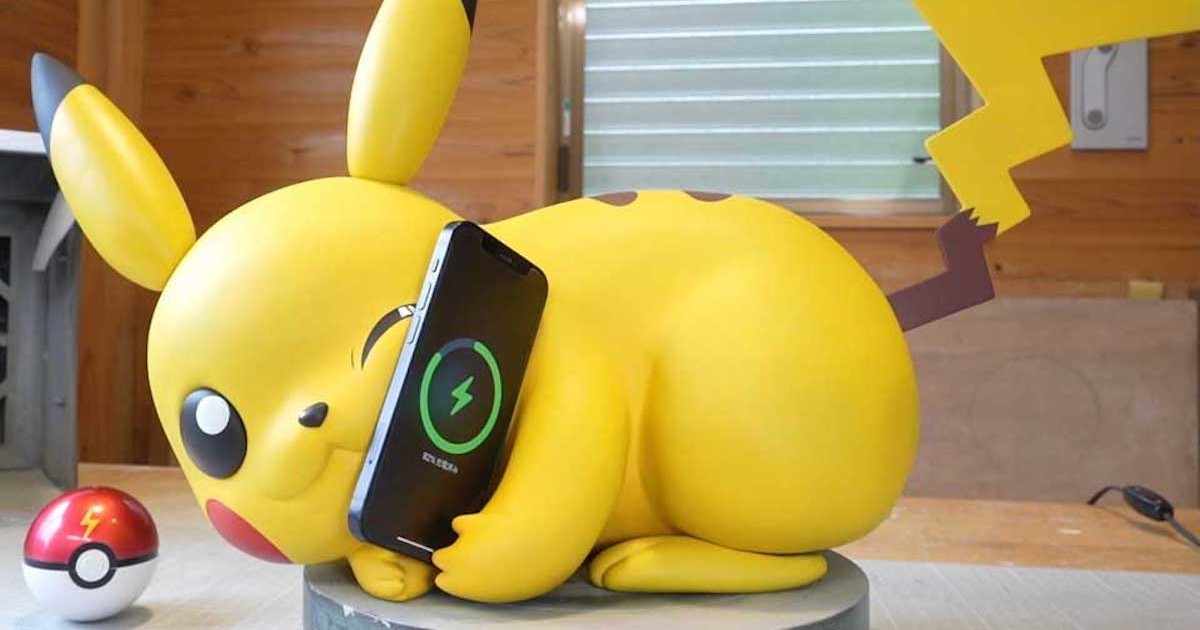 YouTuber Clay Yoshirin has crafted a custom Pikachu MagSafe Charger that will have Pokémon fans drooling. The iPhone charging station is crafted after The Pokémon Company’s famous mascot.

Sharing the creation online, the YouTuber crafted a homemade MagSafe charger in the shape of a Pikachu, who holds the phone against his cheek. The clay model is not only highly detailed, but is adorably clever as well. Fans of the series may remember that Pikachu holds electricity in the red pouches on their cheeks.

Along with Pokémon’s mascot Pikachu, Yoshirin also made a MagSafe charger of Pichu, which is the baby form of Pikachu. In addition to making clever chargers, the artist has also made highly detailed clay models of other Pokémon, such as Rowlet and Chikorita.

Unfortunately, Yoshirin is not currently selling the charging stations.

The artist has provided an 11-minute video that gives details behind the project. Starting with two mounds of grey clay, it is fascinating watching the entire process. The video goes through the Japanese artist’s methods of assembly, including creating the basic shape, down to particular details in Pikachu’s scrunched face. It is a true passion project, and Apple and Nintendo should take notes.

It is no secret that fans of particular intellectual properties will pay good prices for items that have a quality production. Clay Yoshirin’s work certainly has many Pokémaniacs clamoring for their own. One user on Reddit stated, “I absolutely need one of these”. Another used agreed, adding, “I need five of these! I know he isn’t selling them but if he does that would be a great day”.

If anything, this shows what imagination can bring to what is usually little more than a charging dock.

Lastly, for the true Pokémaniacs, it is worth noting that Nintendo recently announced that Pokémon HOME is finally getting Brilliant Diamond, Shining Pearl, and Legends: Arceus support. The Pokémon Company announced that HOME 2.0.0 will bring this feature. The update is said to arrive “soon.”