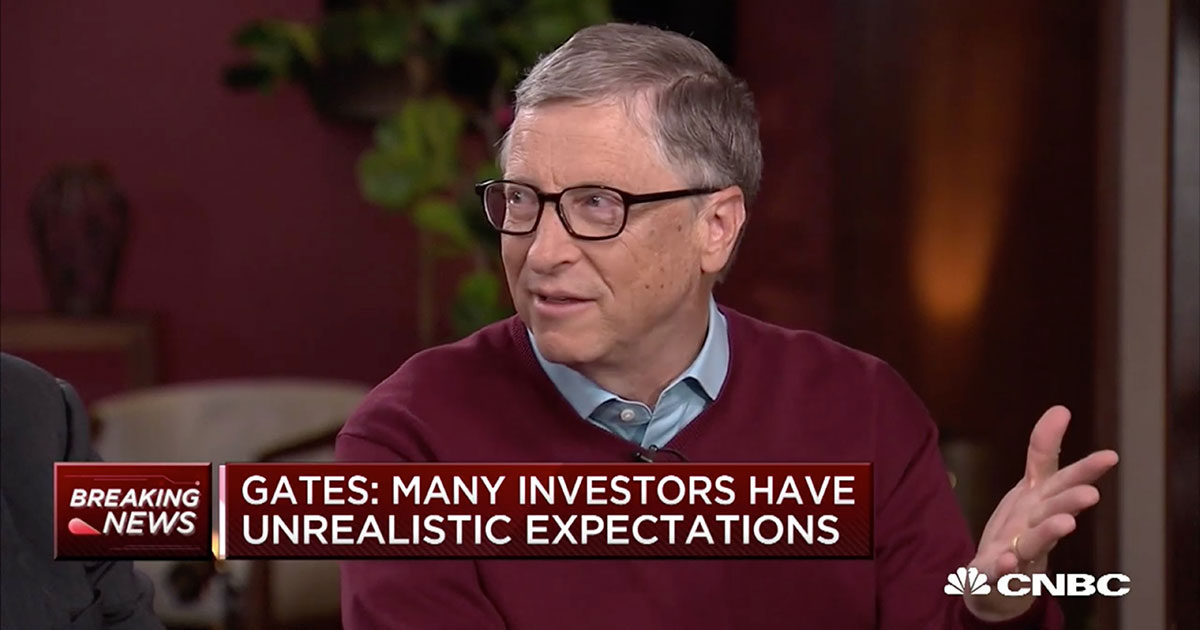 You can see the clip below the fold.

Bill Gates: Well Apple’s an amazing company. And the multiple’s not gigantic. You know, it’s not like a tech-speculative company where it’s still losing money, or anything [laughs]. I think Warren’s applied great thinking there. The top tech companies do have a very strong position right now, but Apple has the most of all.

Becky Quick: Warren, I guess when you had described this company, the reason you like Apple are not reasons that are technology based reasons, you think of it as a consumer company.

Warren Buffett: It’s the consumer behavior with the product—what they do with it, how it becomes part of their lives, all that sort of thing—that I observe and primarily reason. It has a position in consumers’ minds and a utility to them that is very, very useful. And it’s an incredible ecosystem that they’ve found ways to profit more from as they’ve gone along.

BQ: Warren, you don’t even have an iPhone?

WB: A fellow sent me an [iPhone X] the other day, but I’m not using it yet [laughter]. A very nice fellow, he even even explained it. I think he pretended he was writing to his three year old child. And he wrote me this very nice letter, and explained what to do with it, that it wouldn’t bite me or do anything like that. I’m kind of screwing up my encourage, and one of these days I’ll move. [More laughter]

Charlie Munger also said that he wished they owned more of Apple.

Charlie Munger’s response, a deadpan, “No.”

His reasons? Apple is “reasonably priced and strong. That’s a very desirable combination.”

Apple is an ‘amazing’ company, says Bill Gates from CNBC.

One thought on “Bill Gates Calls Apple ‘Amazing,’ While Warren Buffett Values How Consumers Make Apple Part of their Lives”