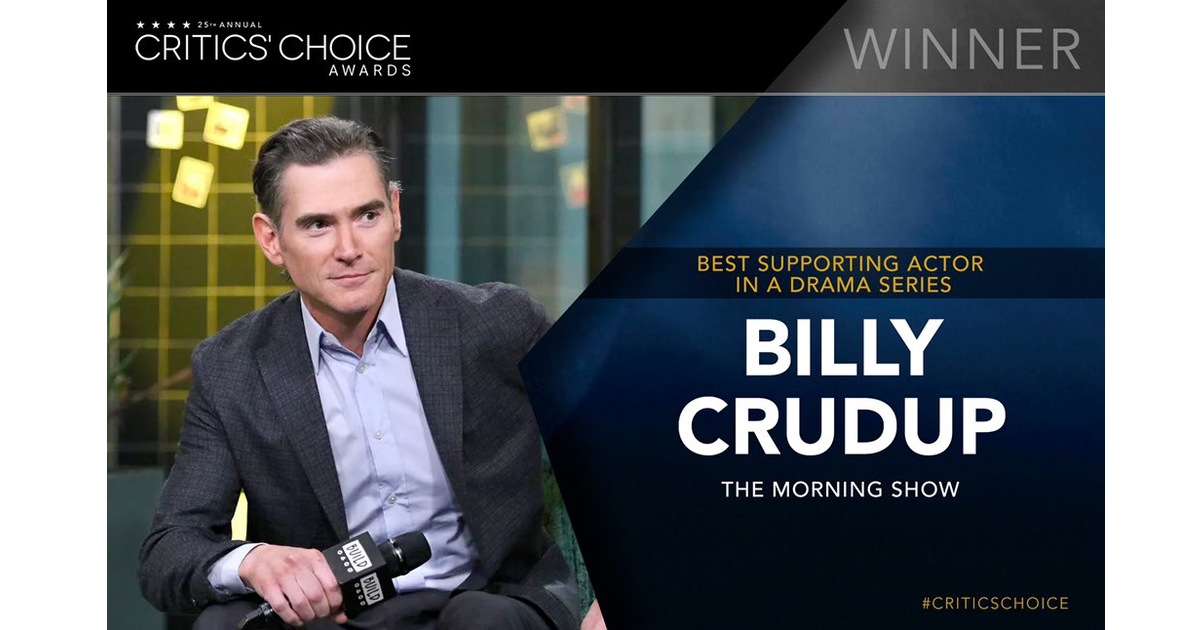 The Morning Show’s  Billy Crudup was named Best Supporting Actor in a Drama Series at the Critics’ Choice Awards on Monday. It marked the first awards season victory for Apple TV+.

Mr. Crudup starred as a scheming TV executive Cory Ellison in the show.  He beat Asante Blackk (This Is Us), Asia Kate Dillon (Billions), Peter Dinklage (Game of Thrones), Justin Hartley (This Is Us), Delroy Lindo (The Good Fight), and Tim Blake Nelson (Watchmen) to claim the award.

Mr. Crudup received Apple TV+’s only nomination at this awards ceremony. The streaming service previously missed out on wins at The Golden Globe awards, despite numerous nominations. However, Monday’s win is still a major achievement for Apple TV+ given it only launched in November.