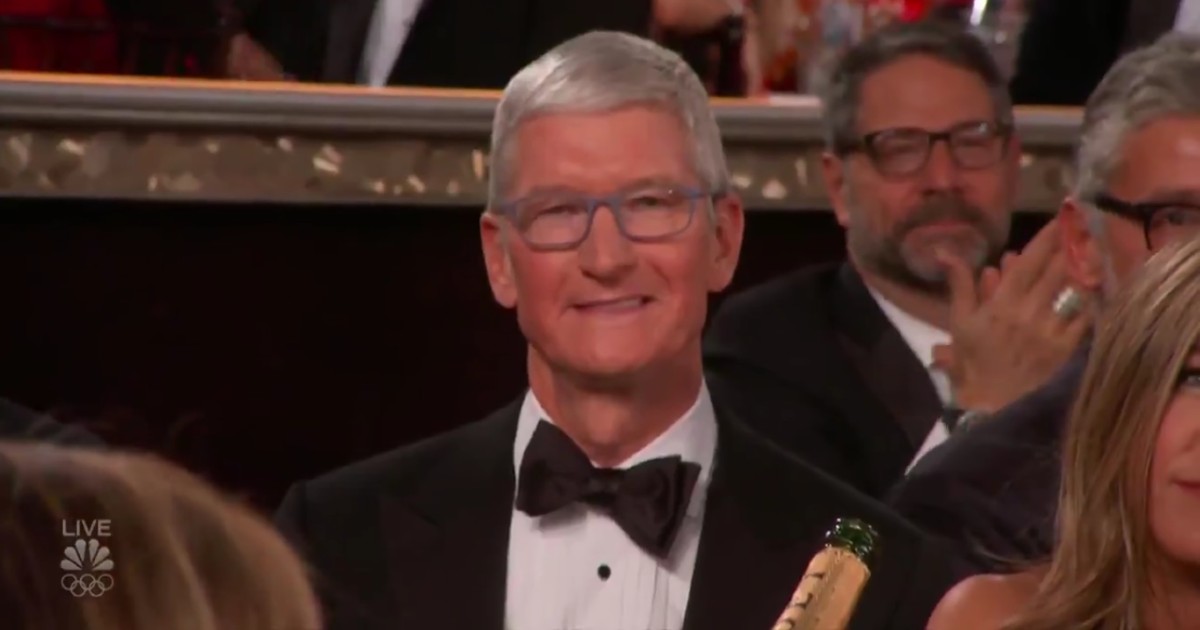 Apple failed to claim any Golden Globe wins at the ceremony on Sunday. The Morning Show, Apple TV+’s flagship series, received a number of nominations from the Hollywood Foreign Press Association but did not win in any category.

Both The Morning Show‘s leading ladies, Jennifer Aniston and Reese Witherspoon, received nominations in the Best Performance by an Actress in a Television Series category. The series was also in the running for the Best TV Series – Drama Golden Globe. However, the Oliva Coleman scooped the Best Actress award, with Succession named the best drama series. Ms. Witherspoon and Ms. Aniston presented the first award at the ceremony.

Apple CEO Tim Cook attended the star-studded ceremony, which was hosted by comedian Ricky Gervais for the fifth time. Mr. Gervais delivered a typically scathing opening monologue that included a jibe at Apple:

Apple roared into the TV game with The Morning Show, a superb drama about the importance of dignity and doing the right thing, made by a company that runs sweatshops in China

The joke at his firm’s expense didn’t seem to ruin the Golden Globe experience for Mr. Cook though. He tweeted his congratulations to the winners and nominees:

Congratulations to all of tonightâ€™s @GoldenGlobes winners and nominees. Itâ€™s an honor to be in the company of so many amazing storytellers. Our thanks go out to everyone who brings these remarkable stories to life.