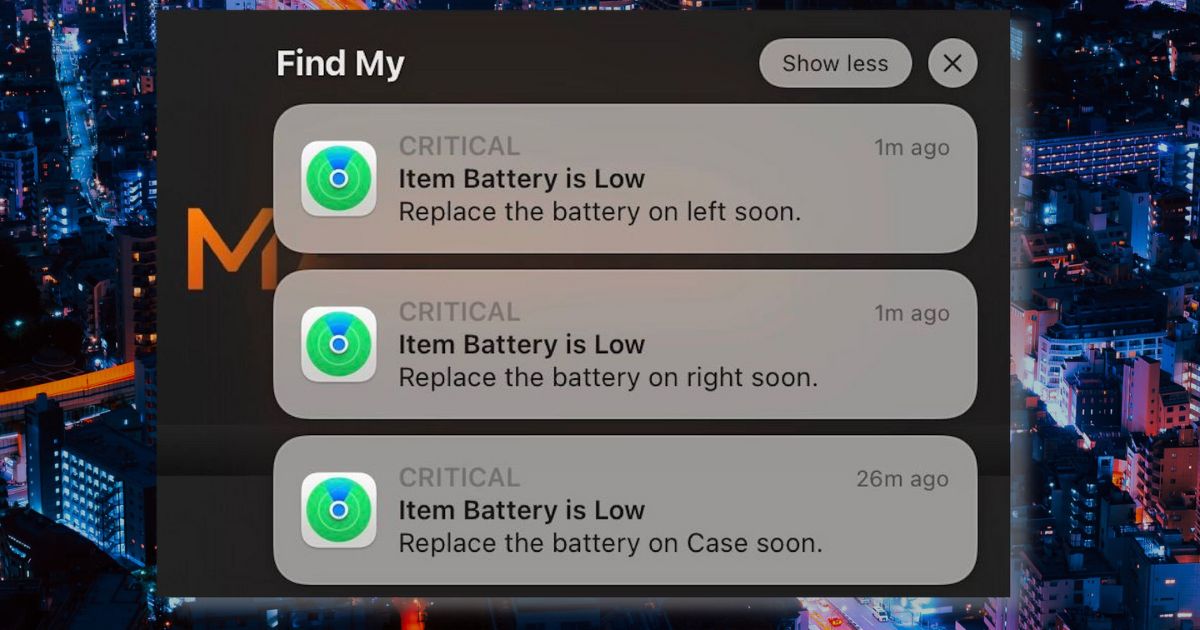 The second-generation of Apple’s AirPods Pro has recently began shipping. Unfortunately, many buyers are experiencing a number of weird issues with their wireless earbuds. In a recent one, a bug is prompting AirPods Pro 2 owners to replace the battery, right after first purchase.

With this bug, something unusual happens in the Find My app whenever the AirPods Pro 2 earbuds or charging case battery charge drops too low. A notification pops up urging the user to “replace the battery on … soon,” even though the accessory is brand new.

Of course, it’s not even possible to replace the AirPods Pro battery, whether in the earbuds themselves or the charging case. The notification is likely mislabeled, and should just be telling owners to recharge the accessory. Lending even more confusion, the notification doesn’t make it immediately clear it’s an AirPods Pro 2 battery referred to.

Instead, the message in Find My simply refers to one or more of “left,” “right,” or “Case.” It is, however, very similar in appearance to the message triggered when the CR2032 battery in an AirTag is almost depleted.

Bug Possibly Related to U1 Chip in Charging Case

The AirPods Pro 2 charging case now has enhanced location tracking in the Find My app. This is courtesy of Apple adding its U1 chip to the case, new for the second-generation wireless earbuds. The U1 chip not only enabled Precision Finding, but also continually transmits the battery level for the charging case.

This may be the cause of the bug. One theory reported by MacRumors suggests Apple might have used much of the AirTag’s firmware for the new MagSafe Charging case. This would certainly explain the confusing alerts, given how similar they are to the prompts to replace an AirTag’s battery.

Apple has not yet commented on the issue, but it’s likely we’ll see it resolved with a software update in the near future. It’s difficult to ascertain just how widespread the bug is, but there are multiple reports of it on Reddit.