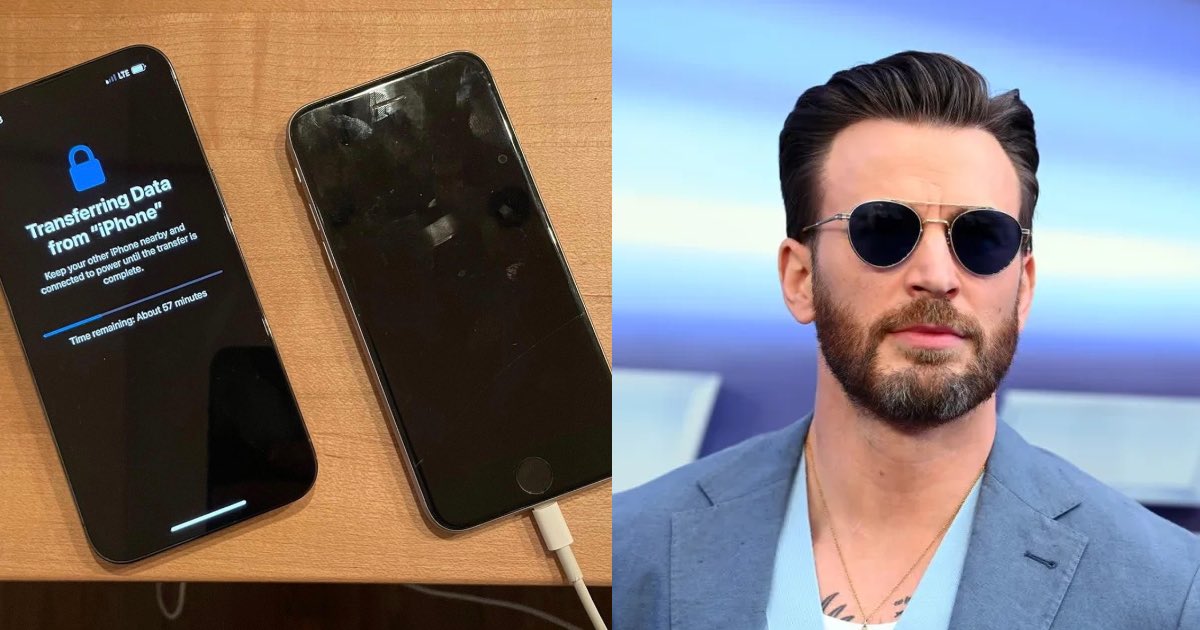 For a bit of weird news today, it turns out Captain America has been using an iPhone 6 this entire time. Chris Evans, the star of Apple TV+’s Defending Jacob series bid a fond goodbye to his iPhone 6 through Instagram.

In his Instagram post, Evans expresses particular remorse that he won’t have a home button anymore. However, he also stated “I won’t miss the nightly battle of trying to get you to charge. Or your grainy pictures. Or your sudden drops from 100% battery, to 15%, to completely dead all within minutes.”

From the looks of things, it seems Evans chose to go with the iPhone 13. Though he may lament the loss of the Home button, the significant jump from generations may certainly be eye-opening for the actor. Hopefully the seven year wait was worth it.

While the iPhone 6 currently supports the latest iOS, not the same can be said for the new iOS 16 rolling out this September. Additionally, the iPhone 7 and the first-gen iPhone SE will not see the update either.

On Instagram, fans of both the actor and the iPhone 6 came to show support. Several also expressed a loss for the Home button. User frutillaarchitects stated, “I have one with the same issues, but not an iPhone lol, still not giving up on it”. Another user even asked to purchase the phone from the actor. Joking aside, selling the phone for a charity may actually be something Evans should consider.

Getting the Full Experience

Even if he doesn’t sell the phone, hardcore fans still have options. For those that want to live a Chris Evans experience, a fully unlocked iPhone 6 can be found on eBay for around a hundred bucks. Featuring the A8 chip and a Retina HD display, the iPhone 6 came in the colors Silver, Gold and Space Grey.

However, for a truly immersive experience, fans could also purchase a new iPhone 13 immediately after, which currently starts at $699 from the Apple Store. Though for this writer, the smart money may be waiting until the iPhone 14 officially drops.

Perhaps Evans is a tech-Vulcan.

Instead of mating only once every 7 years, he upgrades his iPhone.