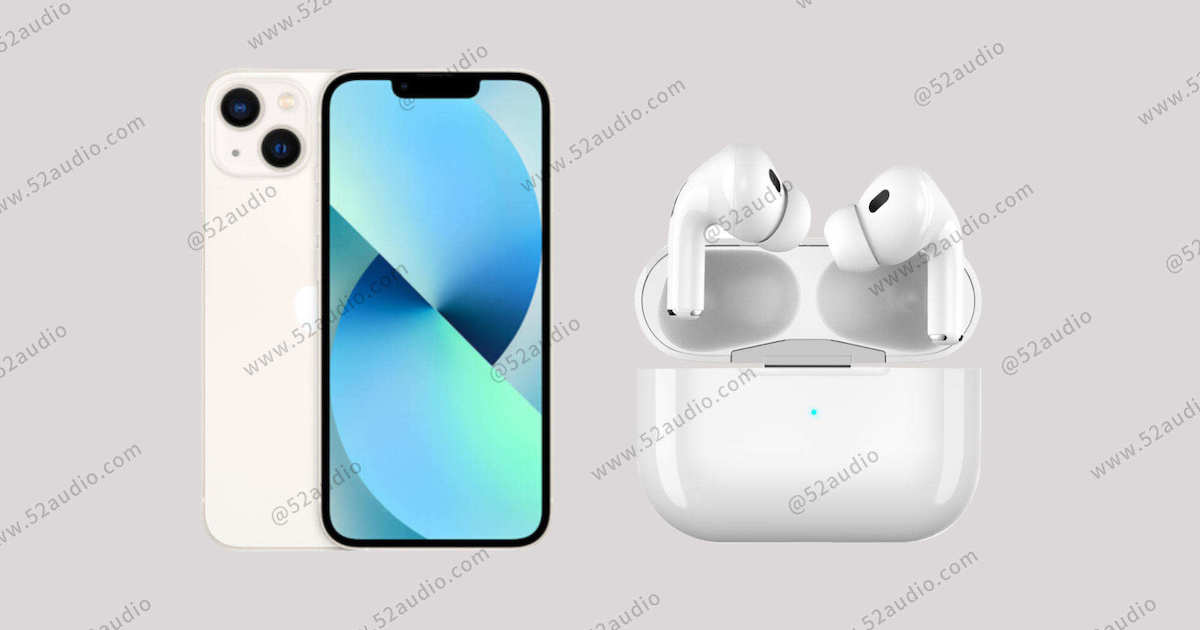 We’re mostly expecting Apple to refresh the AirPods Pro sometime in 2022, and rumors have swirled over what changes the Cupertino-based company might make. A recent set of leaks suggest the second-gen AirPods Pro could get heart rate detection, the ability to function as a hearing aid, USB-C charging and more.

Few, If Any, Cosmetic Design Changes For AirPods Pro 2

Some leaks suggested earlier in the year that the second-generation AirPods Pro would ditch the stem. However, information leaked to audiophile blog 52Audio suggests otherwise. The site gathered details from leakers and created a set of renders showing what the unannounced earbuds might look like.

Over all, the AirPods Pro suggested by the site’s information look almost exactly like the current model and the AirPods 3. The stem is still there, but the case features a USB-C charging port instead of Lightning. This does run contrary to an earlier prediction of the earbuds sticking with Lightning charging.

Inside, though, 52Audio suggests a number of changes.

According to the leaks, Apple will use an updated H1 chip for the AirPods Pro 2. This chip will provide an upgraded SiP packaging system and self-adaptive noise cancellation. It should also better performance and improved power consumption.

In keeping with earlier rumors, the second-gen AirPods Pro could include health sensors. One set would detect the wearer’s heart rate from within the ear. The sensor may also support temperature detection, but 52Audio says this remains unconfirmed.

Reportedly, the next-generation earbuds will fully support Apple’s Find My functionality, allowing users to locate missing earbuds or the case within that app. The case may even include a speaker, allowing it to play a sound when misplaced.

Interestingly, there’s a chance AirPods Pro 2 could serve as a hearing aid. Sound can supposedly be collected through the charging case, then transmitted to the earbuds. From there, the AirPods Pro enhances and plays back the sound to help people with hearing loss better hear sound around them.

In the past, 52Audio has perfectly nailed some details on Apple’s upcoming audio products. However, the site’s also had some notable misses, sharing highly questionable rumors that never panned out. This mixed track record leads me to take some of these suggestions, like the hearing aid functionality, with a grain of salt. I’d need to see FDA applications or clearances to really believe such a feature is coming anytime soon.